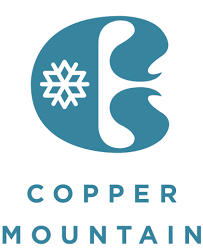 Copper Mountain was referred to as one the best ski slope in North America according to the US Forestry Service, for its amazing resources and ability to cater for beginner, intermediate and expert skiers. Based only 77 miles (120 KM) from Denver airport and with 2,465 acres of pure skiing awesomeness, Copper Mountain is the one of my go to places to snowboard/ski in the America because it’s affordable, easy to get to and has lots of cool skiing/snowboarding. In this Copper Mountain, Colorado Travel Guide hopefully you will learn a little about why it’s a great place to consider.

With a ton of trails and multiple freestyle parks it is no wonder the slope is big enough to handle over 30,000 visitors on a monthly basis. With twenty two lifts the Copper Mountain is renowned for its 6 man high speed lift, 5 doubles, 5 triples, surface chairs, quad lifts, tubing zone and even quad lifts that can travel in excess of 24MPH (40 kilometers per hour).

The upper lifts close at 3pm every evening, meaning you get 30 minutes to complete your last run before your days skiing is over. Opening at 9am in the morning Monday to Friday there is no excuse for not getting an early start. In fact I would recommend it to be able to hit some of the fresh powder fist! During the weekends the lifts open around a half an hour earlier, making it much easier to fit more skiing/snowboarding into your day.

In total Copper Mountain covers two and a half thousand acres, and stands nearly 800 meters tall. With 125 trails in total, 18% cater for expert skiers, 36% for advanced skiers, 21% for beginners and 25% for intermediates. The snowfall in Cooper Mountain is also something to be reckoned with; the total snowfall in November to April of 2005/2006 was 283.58, with Late February to early March in my experience has had the best snow.

The massive success of Copper Mountain is said to be partially attributable to hosting world snowboarding events, and also offering other activities such as snow tubing which is becoming increasingly popular, as well as snowshoeing, hiking, biking and snowmobile vehicles.

When I first visited Copper Mountain major regeneration work had just begun. They had started re-building the lift, their were hotel and lodging developments, and they have even started investing in real estate. From what I understand you will be able to buy a property overlooking the amazing slopes in a small amount of time. They had also seen the importance and the market that exists for training skiing. When a facility has the best training facility, new skiers are more likely to come along, learn how to ski at Copper Mountain and then come back year after year. They have built a complex (Woodward) that will house and support their training team, and they intend to offer lessons for a great price to encourage people to learn how to ski at Copper Mountain.

Copper Mountain is also home to a lot freestyle snowboarding/skiing facilities which are becoming increasingly with teenagers looking to get started in winter sports. The freestyle snowboarding/skiing facilities include parks, ramps, half-pipes, jumps and runs, whilst also being flood light, allowing the facility to operate much later than when the lifts stop functioning. They have freestyle parks for all levels too.

If you have never been to Copper Mountain then you should really check it out and see why it is rated as one of the best Skiing facility in America.

Copper Mountain Travel Guide: Getting There

By Plane
Denver International Airport is the main airport to fly into. From there follow Pena Boulevard to I-70 West. Use the right lane to exit 195 for Copper Mountain.

Eagle County Regional Airport is a near by airport located by Vail. They fly direct from DFW however the rest of the flights go through Denver.

Bustang which is operated by Greyhound and the Colorado Dept of Transportation runs daily to Copper Mountain.

The way I typically get up to the mountains as it allows for the most freedom. Plus, it’s a straight shot down I-70 from Denver.

Copper Mountain Travel Guide: Getting Around

There is a shuttle located at the resort. However, I would plan on having relying on having a car to get around.

A typical lift ticket for a full day is $150. If you don’t planning on being out there a whole day you can show up and purchase at the window around mid-day and get a discounting pass. Also, be on the look out for promotions with gas stations to fill up and get a BOGO deal on lift passes. This is a deal that typically runs during ski season.

Copper Mountain offers lodging accommodations at the resort. However, they can be a little pricey. If they are out of your budget I would try looking in Frisco or Silverthorne which is just a short drive from Copper Mountain and the prices are much cheaper. There you can find numerous budget to mid range hotels and tons of AirBnbs. 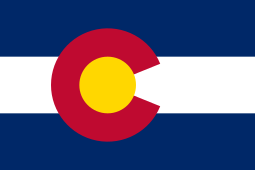 This Gatlinburg travel guide has top things to see, travel tips, activities, where to stay, how to get around, and inspiration for Gatlinburg.
Gatlinburg, Tennessee, United States
6 Views

This Portland Oregon travel guide has top things to see, travel tips, activities, where to stay, how to get around, and inspiration for Portland Oregon.
Portland, Oregon, United States
7 Views

Hot Springs City in Arkansas is named after the many hot springs found in the area, whose thermal waters are famed for its medicinal properties. From the nearby Hot Springs National Park—credited to be the first federal reservation–to its many museums and historic sites, as well as a selection of bathhouses and hiking trails, visitors will surely be able to find an attraction that will suit to their every fancy. We hope this Hot Springs Arkansas travel guide and the map below will help you plan your next trip to Hot Springs Arkansas.
Hot Springs, Arkansas, United States
3 Views