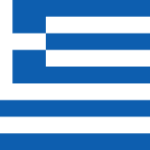 Known for its history, lovely people, sun, sea, islands with perfect beaches, and tasty and quality dishes, Greece is a premier travel destination. The natural beauty of Greece with the largest coastline in Europe is unbeatable. Whether you are a history buff or prefer a quiet vacation lounging on the beach or maybe you are looking for an alternative extreme sport-filled vacation — whatever your pleasure, Greece is sure to please! In this Greece travel guide, you will find the top places to visit, Greece travel tips, and more.

Athens – Referred to as the historical capital of Europe, Athens is an attractive modern city with unrivaled charm. This city has lots of tourist attractions which include the Parthenon, the Acropolis Museum, and the ancient agora.

Mykonos – This is the second most visited island. You can’t mention Mykonos without referring to the nightlife activities, which center around the town and are famous for their stylish eateries, bars, and clubs. You can also check out Paraportiani (a whitewashed church in Mykonos Town) and numerous sandy beaches along the island’s south coast.

Nafplio – Often cited as Greece’s most beautiful city, Nafplio is a car-free old city filled with neo-classical mansions, and churches and overlooked by the 18th-century Palamidi Fortress.

Crete – Known as the birthplace of both the king of the Olympian gods and of modern European civilization, Crete is a Mediterranean jewel. Soak up the charming atmosphere of Chania Town’s Old Venetian Harbor or the fortresses and monasteries of Rethymnon.

Thessaloniki – Known as the country’s second biggest city after Athens, this city is filled with attractions such as the Byzantine churches, the Triumphal Arch of Galerius and the 4th-century Rotunda and so much more

Santorini – Known as the best destination for most tourists and with such a picturesque backdrop, Santorini is best known for the cliff-top towns of Fira and Oia, which lie on the west coast, overlooking the deep, blue sea-filled caldera.

When to Visit Greece

The autumn and spring are the best time to visit Greece when neither the temperature nor the crowds are too overwhelming. However, the most popular time of year to visit (high season) and also the most fun is between May to August. There is a lot of sunshine from May through October with July and August being the hottest months.

How to Reach The Greece

By plane, train, car, ship, or even a combination of transportation means, traveling to Greece is relatively simple and quick.

By Plane: The easiest way to get to Greece is to fly, and there are direct flights to a variety of Greek airports from a lot of major European airports with the two 2 main and busiest airports being the Athens International Airport Eleftherios Venizelos (ATH) and The Airport of Thessaloniki (SKG). If you are starting point is North America, Australia, New Zealand, or South Africa, the most cost-effective way to Greece may well be to get to London, Amsterdam, Frankfurt, another Northern European hub, or even Istanbul– and pick up an onward flight from there.

By Train: All international and some domestic Greek rail routes have been halted as a result of the economic crisis in Greece. You could still ride the train to one of the ferry port cities below in Italy the continue on via boat.

By Ferry: You can choose from four ports while sailing from Italy to Greece; although ferries operate all year long, services are reduced from December to April. Bari and Brindisi are connected to Corfu, Igoumenitsa (the port of the western Greek peninsula), and Pátra by the quickest and most frequent boats (at the northwest tip of the Peloponnese). Additionally, ferries operate between Ancona and Venice and Pátra via Igoumenitsa/Corfu.

By Car: If you have lots of time to take your time traveling, driving to Greece might be enjoyable. Only if you wish to explore along the way is it worth taking into account.

Getting around the Greece: Transportation Tips

Both train and bus services are convenient ways to get around in Greece. Buses and trains around the mainland are around 20 EUR. However a five-hour journey on the mainland would cost you 32-44 EUR one way, but a flight would get you there in a quarter of the time for a cheaper price. Flights within Greece are super cheap and convenient. Ferries between the Greek islands do run frequently. For cities without public transportation, there are usually scooter, moped, or ATV rentals with an average cost of around 20-40 EUR per day.

1. Try to always have cash with you Unlike other European countries, Greece is big on cash, so make sure to have enough money with you as you may find restaurants and establishments that do not accept credit cards.

2. Book Early – The earlier you reserve your hotel or tickets during the busy season, the more affordable they will be.
Travelers should be aware that islands and ferries are congested during the summer season (mid-July to the end of August) because both Greeks and foreigners are on vacation.

3. Eat and drink like a local Eating is invariably a casual affair in Greece. Look out for the restaurants that the locals dine in as the food will be much better. Just remember that Greeks eat late – often after 10 pm. Also, try the lamb shank!

4. Don’t Be Afraid To Ask For WiFi Except in remote and isolated places, you can get an internet connection virtually anywhere. WiFi spots are available in many public spaces, as well as in hotels and cafés/bars. Don’t be afraid to ask for the password if the connection is secured; this is common practice in Greece.

5. Taste Raki or Ouzo You can shoot it, drink it, or in the most popular manner, combine it with water so it goes down a little easier.

6. Driving in Greece can be wild The roads are often narrow and if you are on the coastline very windy. The speed limit signs aren’t always available so sometimes you don’t even know what the speed limit is.

7. Step back to ancient times There are so many fantastic Greek ruins that it would be impossible to see them all in one trip but you should be sure to visit a few.

8. Try to island hop there is no reason you have to limit yourself to just one island. You can organize an island-hopping excursion. While island-hopping can complicate tourism in Greece, it is possible and can result in a richly varied cultural experience.

Price Range for Hotels
Depending on the area of Greece you are traveling to, the cost of accommodation varies. You can find dorm rooms in hostels for about 10-35 EUR per bed a night. Hotels and guesthouses cost 40-100 EUR per night while luxurious hotels can cost 150-300 EUR per night. On Airbnb, you can find shared rooms or apartments for as low as 10 EUR in many cities and entire homes (including studio apartments) can be rented on the low-end for 50 EUR.

Cost of Meal
Food in Greece is quite affordable and shouldn’t eat into your budget too much. The cheapest meal in Greece is one pita souvlaki (wrapped souvlaki) that costs about 3 EUR and you can even take it to-go. Most cafes will cost you around 12 EUR for a meal. A meal at a very luxurious restaurant will begin at 30 EUR. A three-course meal with bottled wine starts from 50-70 EUR per person or more. However, if you cook your meals, expect to pay 35-45 EUR per week for groceries that will include pasta, vegetables, chicken, and other basic foods. 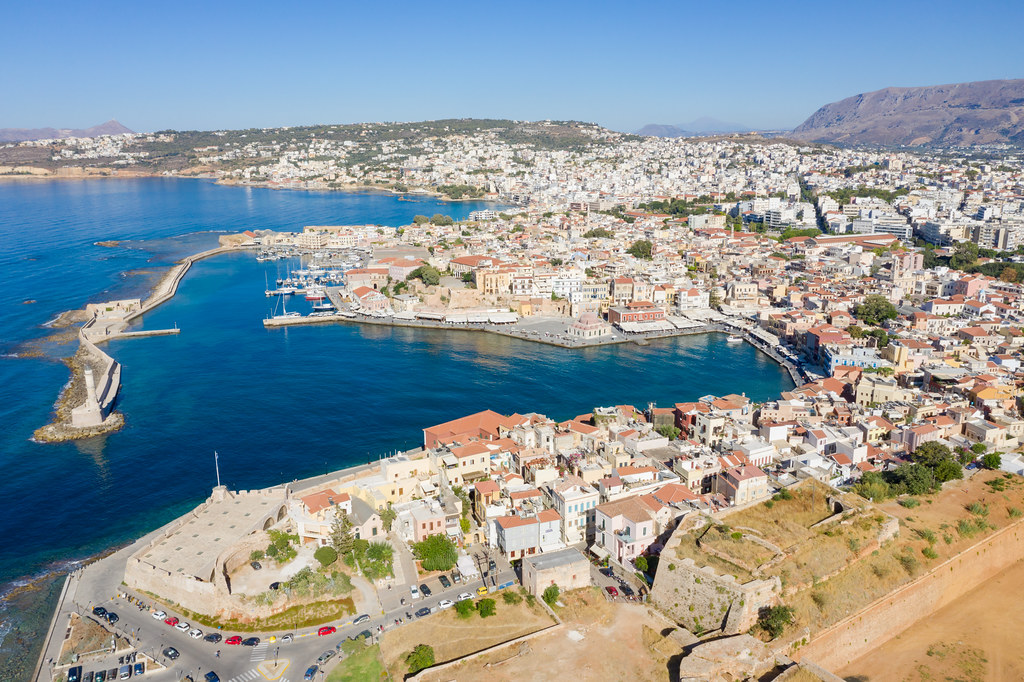 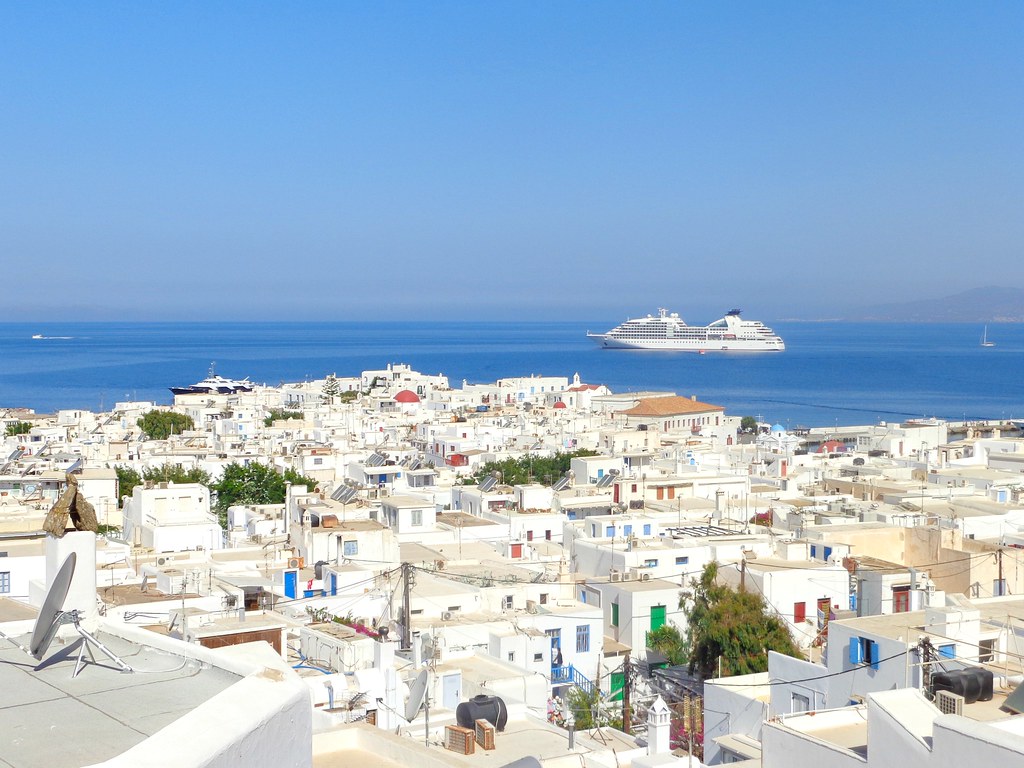 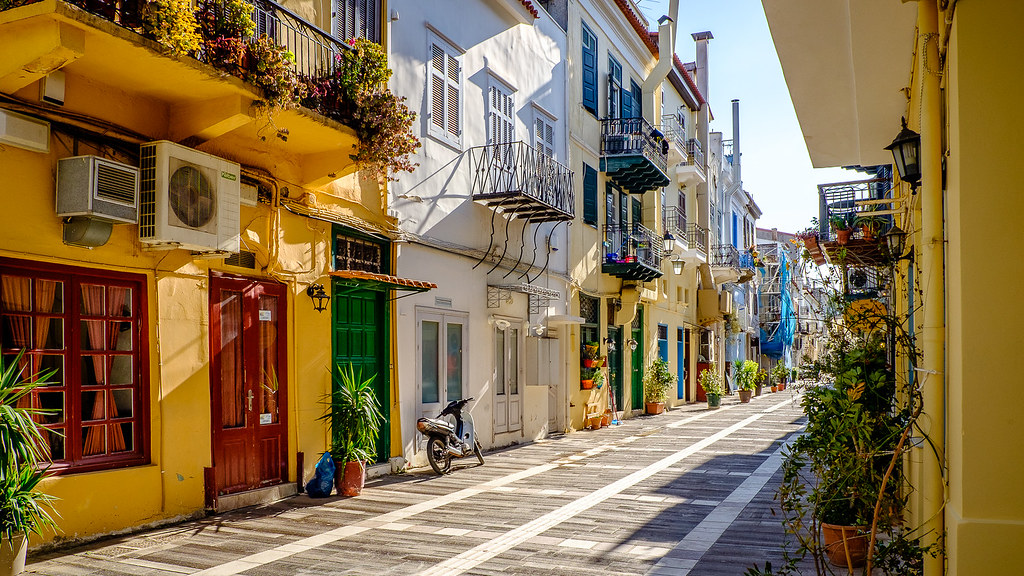 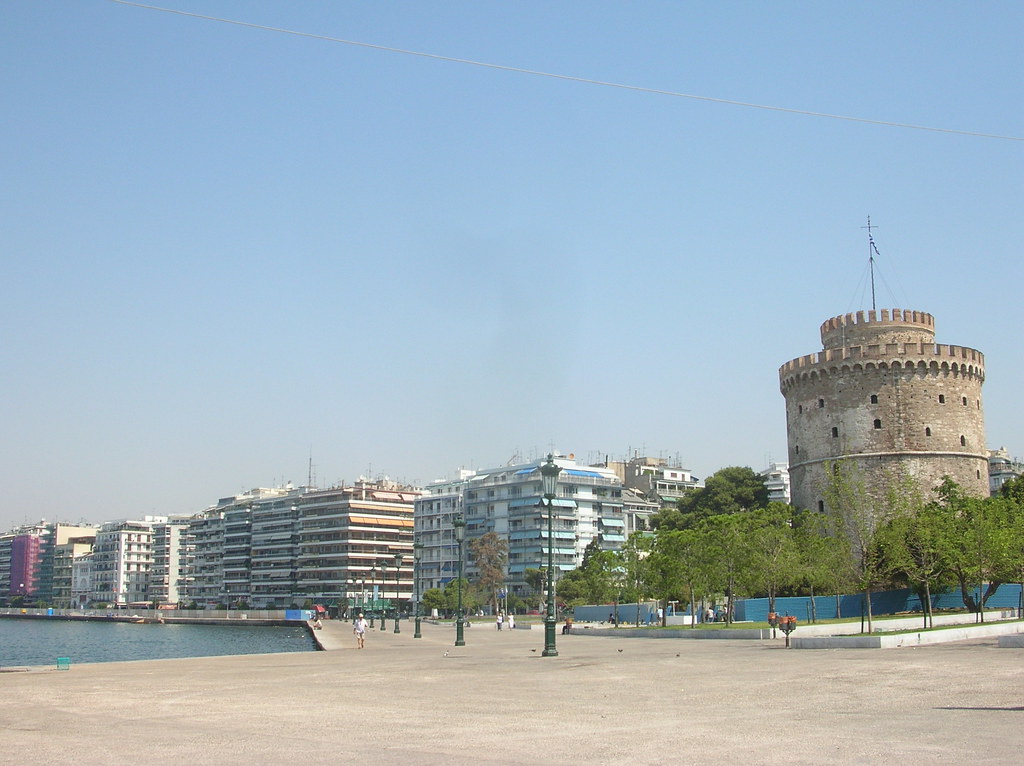 Top Places to Visit in Greece

Admire The Architecture In Santorini

Walk around the island and take in all the spectacular architecture. The Cycladic whitewashed cubic
Santorini, Ia, South Aegean 847 02, Greece

is a wonderful location to explore, with its breathtaking scenery and byzantine

Ascend The Mountain Of The Gods

About halfway between Athens and Thessaloniki is Mount Olympus, the renowned residence of the god
Mount Olympos, Litochoro, Central Macedonia 601 50, Greece

The Acropolis Of Athens And The Parthenon

The Acropolis of Athens and the Parthenon. The Acropolis is the most popular tourist spot in Athens.
Athina, Attica, Greece +302103214172
2 Views

Located just southeast of the acropolis. The Temple of Zeus is worth a vist. Once a spectacular
Ολυμπία (Olympia), Αρχαιολογικός Χώρος Ολυμπίας, Archea Olybia, West Greece 270 65, Greece 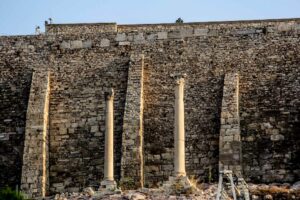 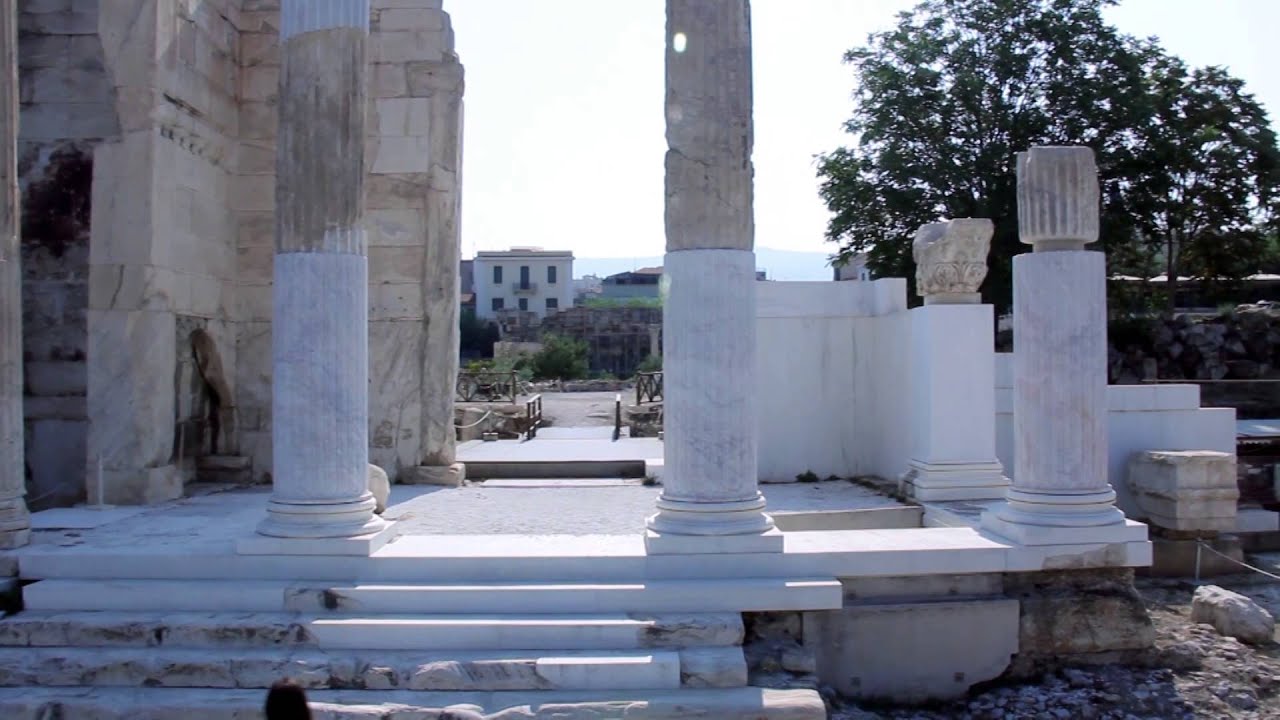 This Athens Greece travel guide has top things to see, travel tips, activities, where to stay, how to get around, and inspiration for Athens.
Greece