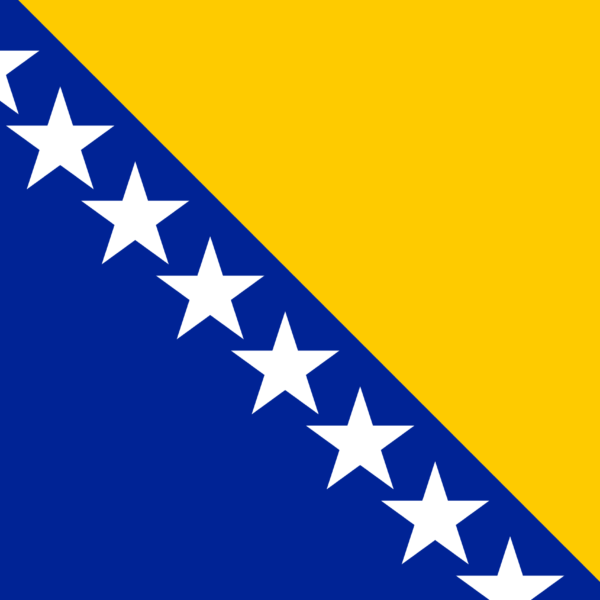 Perfect for adventurers, Bosnia and Herzegovina is a country with a delightful fusion of East and West in the heart of the Balkans. The country is most captivating for its East-meets-West surroundings, which have been blended with Ottoman and Austro-Hungarian pasts. With an abundance of medieval ruins, unique towns and cities, stunning mountains, waterfalls, and rivers, Bosnia and Herzegovina have plenty of major draw cards for all travelers. This brief Bosnia and Herzegovina Travel Guide will provide you with an overview of the country as well as suggestions for things to see and do.

Bosnia And Herzegovina Travel Guide: When to Visit

Summers throughout the whole country are hot and dry. Bosnia enjoys cool evenings in the mountainous regions, whereas Herzegovina has an arid Mediterranean climate that makes summer sunny and hot. The high season for touring Bosnia-Herzegovina is the summer season (July–August). However, the prices of accommodation and food have doubled. For hiking, the best time to go to Bosnia-Herzegovina is May, June, or September, as it is less hot.

Given the past war, most of the rail lines between Bosnia and Herzegovina are closed. As such, accessing the country by train is fairly difficult. There are currently no trains from Belgrade or Budapest into Bosnia. However, there is a daily train service from Zagreb in Croatia, which runs through Sarajevo and Mostar en route to Ploe. Currently, there are a few direct flights to Sarajevo (SJJ) from European cities such as Brussels, Zagreb, Copenhagen, etc. Numerous bus connections are available, and points of origin include Belgrade, Split, and Dubrovnik. Another alternative is doing a day tour from Croatia.

Bosnia And Herzegovina Travel Guide: Getting Around

Given that much of its transport infrastructure – particularly the rail network – was damaged during the war, Bosnia-Herzegovina isn’t the easiest country to get around. However, things are improving. The train services available have limited routes and are often out of service. However, between cities, they cost 1-2 EUR more than the bus services. The bus service is more frequent compared to the train service. Decent bus services are almost everywhere to take you where you wish to go. The average cost of buses and streetcars is 1–2 EUR.

Sarajevo
This vibrant capital of Bosnia and Herzegovina is a city that embraces life. Its historic center blends East and West. Tourists can feel they’re in Vienna one minute and Istanbul the next.

Banja Luka
Known for its tree-lined avenues, gardens, parks, and boulevards, Banja Luka has a rich culture and is an important tourist center. Several museums, like the Museum of Bosanska Krajina, the Museum of Modern Art of Republika Srpska, and others, are located in Banja Luka.

Tuzla
This city is one of the country’s most multicultural and thus has a rich and eclectic culture. Europe’s only salt lake is located in the city and is visited by nearly 100,000 people per year.

Trebinje
One of the real gems of the Republika Srpska side of Bosnia Herzegovina, Trebinje reflects beautifully against the waters of the winding Trebisnjica River as it cuts through the heart of the city’s historic centre. There’s also the pretty arched bridge of Arslanagic to see on the edge of town, along with a gorgeous Serbian Orthodox cathedral on the ridges above.

Stolac
Considered to be one of the most beautiful places to see, Stolac is filled with amazing must-see sights such as Roman Diluntum and the haunting tombstones of the Radimlja necropolis.

Do bring cash and some coins. Bosnia is a cash-based society. At ATMs, you can expect to pay up to 7% in fees, conversions, and commissions. Not all places accept credit cards. Ensure you bring cash.

Do bring a map and follow the marked signs. While on most of the tours, especially the National Parks in Bosnia & Herzegovina, be aware of your surroundings as it is easy to get engrossed in the views and natural surroundings.

Do take a stroll in Mosta. As the fifth-largest city in Bosnia and Herzegovina, this city has an interesting history as well as a striking layout.

Do go on a spiritual journey to Medjugorje. Medjugorje is the city in Bosnia and Herzegovina for relaxation, religious reflection, and cultural sightseeing. Visit the Apparition Hill, where Mary was reported to have been seen and St. James Church in Medjugorje for a moving service in a beautiful setting.

Don’t rely on people accepting foreign currency. Tourists are allowed to pay in USD or Euros, but at an unfavorable exchange rate. As such, do convert your money to the official Bosnian currency, EUR. If you do need to change more, several exchange offices are along Ferhadija Street.

Don’t stray from roads and paved areas. Free walking tours are available in Sarajevo and Mostar. Always go on tours with local guides. They will take you around these areas while explaining the main sights in a historical and cultural context.

Don’t expect great road conditions and great speeds while driving. Owing to the mountainous terrain and the poor infrastructure maintenance, patches of labored driving are bound to be there.

Don’t forget your camera when you visit Sutjeska National Park. One of the oldest parks in Bosnia and Herzegovina and a perfect tourist attraction, this park will introduce you to nature and draw you closer to its warmth.

Don’t be afraid of Bosnia’s past. Once a country at war, there are still signs of the war all around the country. However, there is really nothing to fear these days. In fact, the people are really friendly and lovely.

Price Range for Hotels
The different cities have different prices for their accommodation and meals. However, on average, you can get a dorm bed in a hostel for less than 18 EUR a night. The price of budget accommodation ranges from 13 to 28 EUR. Apartments and budget hotel rooms with a private bathroom cost slightly higher, with prices closer to the 26EUR mark. A 3-star hotel room with A/C and a double bed costs 18–40 EUR, while most top hotels in town are under 100 EUR.

Price Range for Meals
Food and drink are reasonably priced in Bosnia, with meals costing as little as 3-4 EUR.

Plates of cevapi and Bosnian coffee typically cost 13 euros in Sarajevo’s Bascarsija and Mostar’s Kujundziluk. A main dish in a restaurant with a bottle of wine costs 6 EUR. If you are on a tighter budget and have the option to cook, you can buy frozen cevapi from the supermarket at half the price and get fresh produce at one of Bosnia’s markets. Most bakeries sell cheese, spinach, and meat pies for around 2 euros. A single burek is like eating a meal.

Popular Destinations in Bosnia And Herzegovina 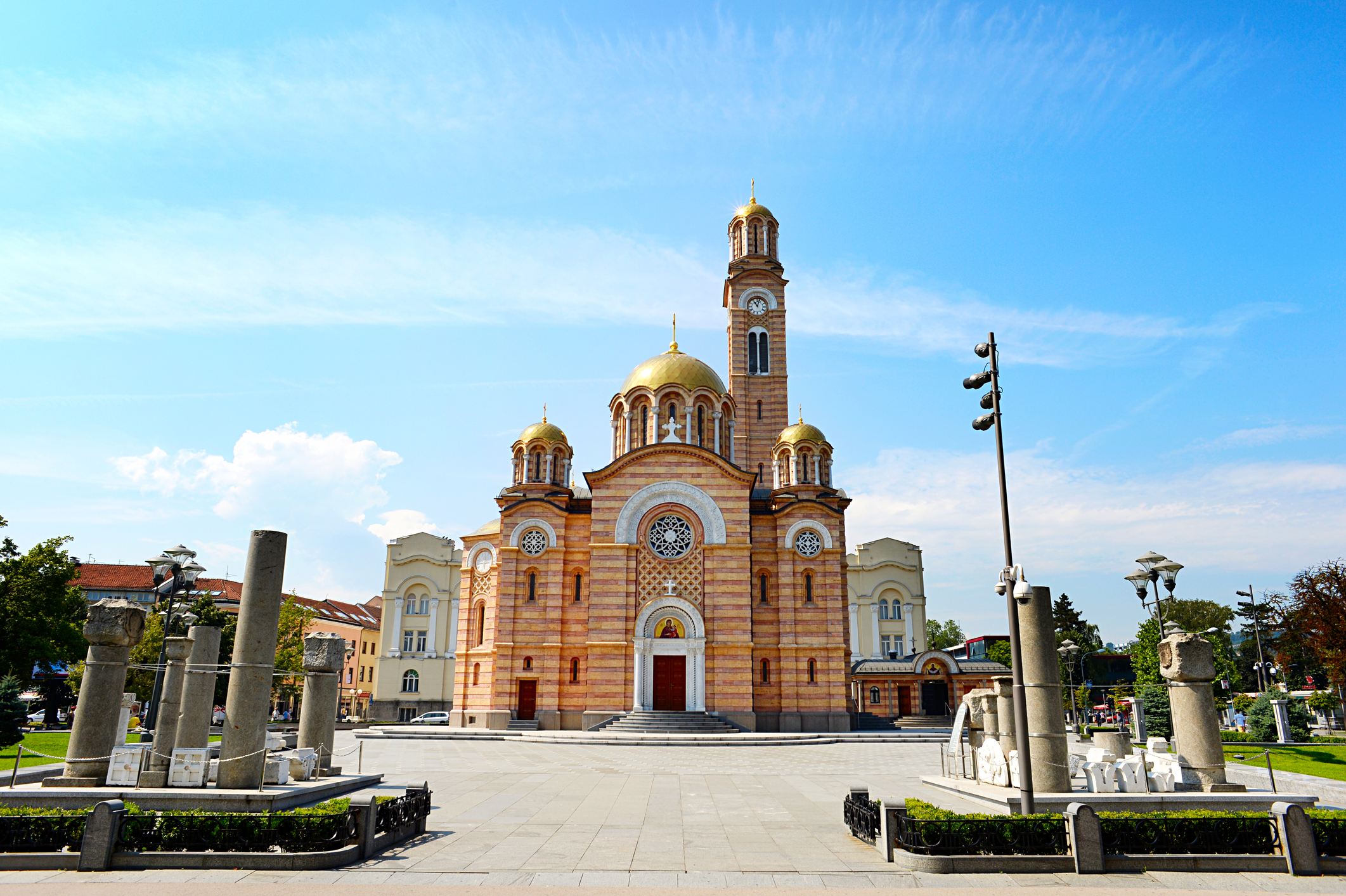 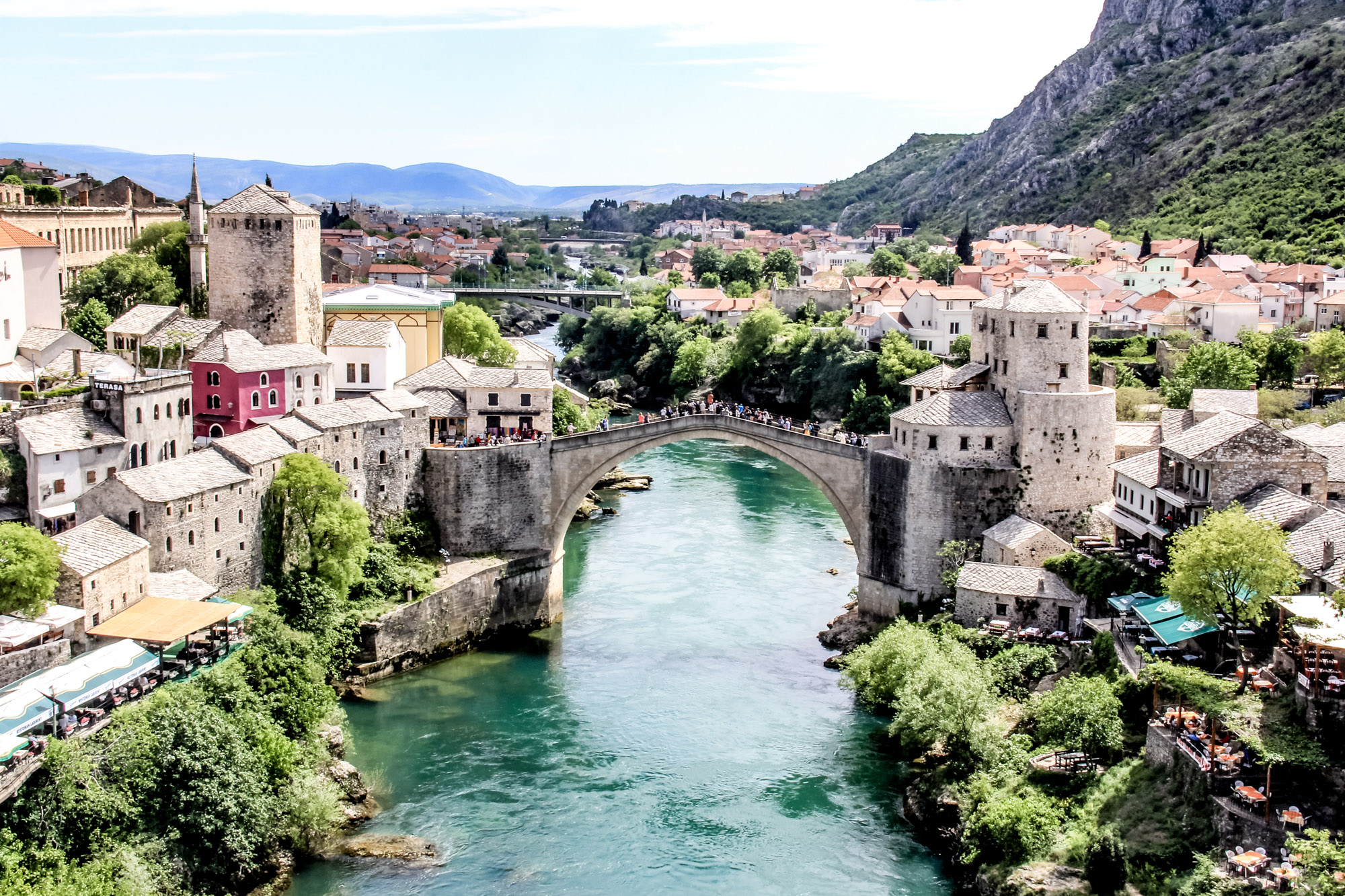 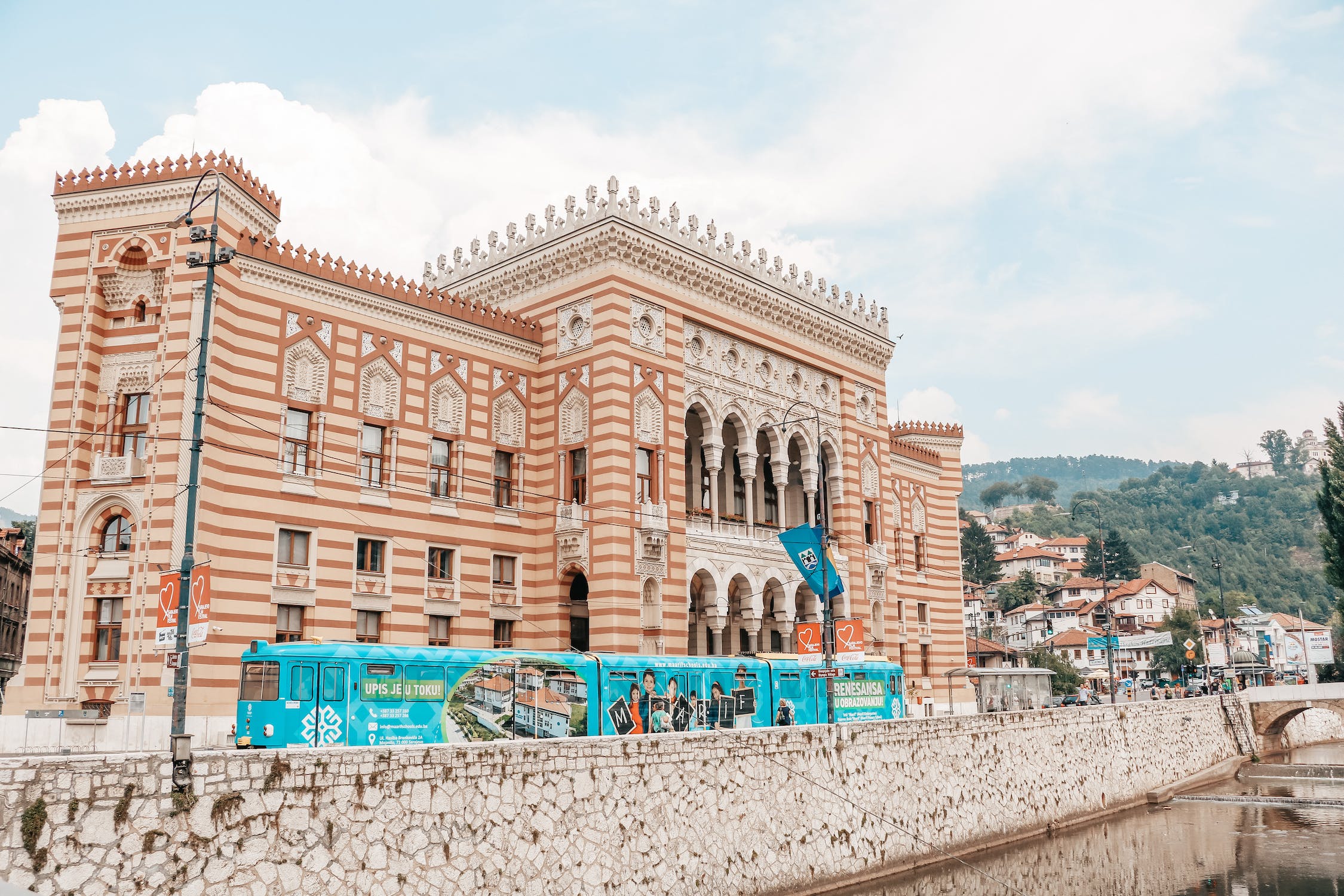 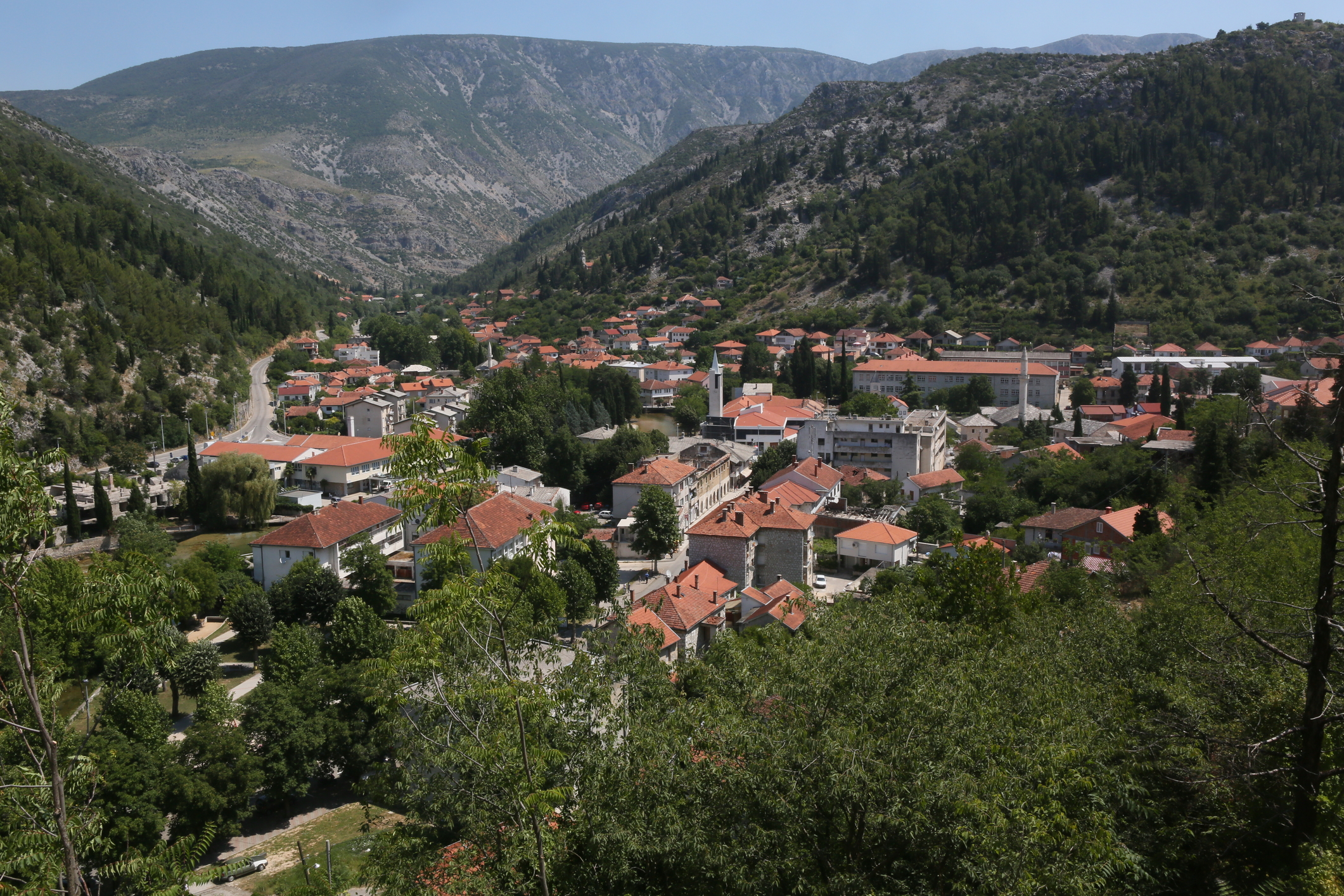 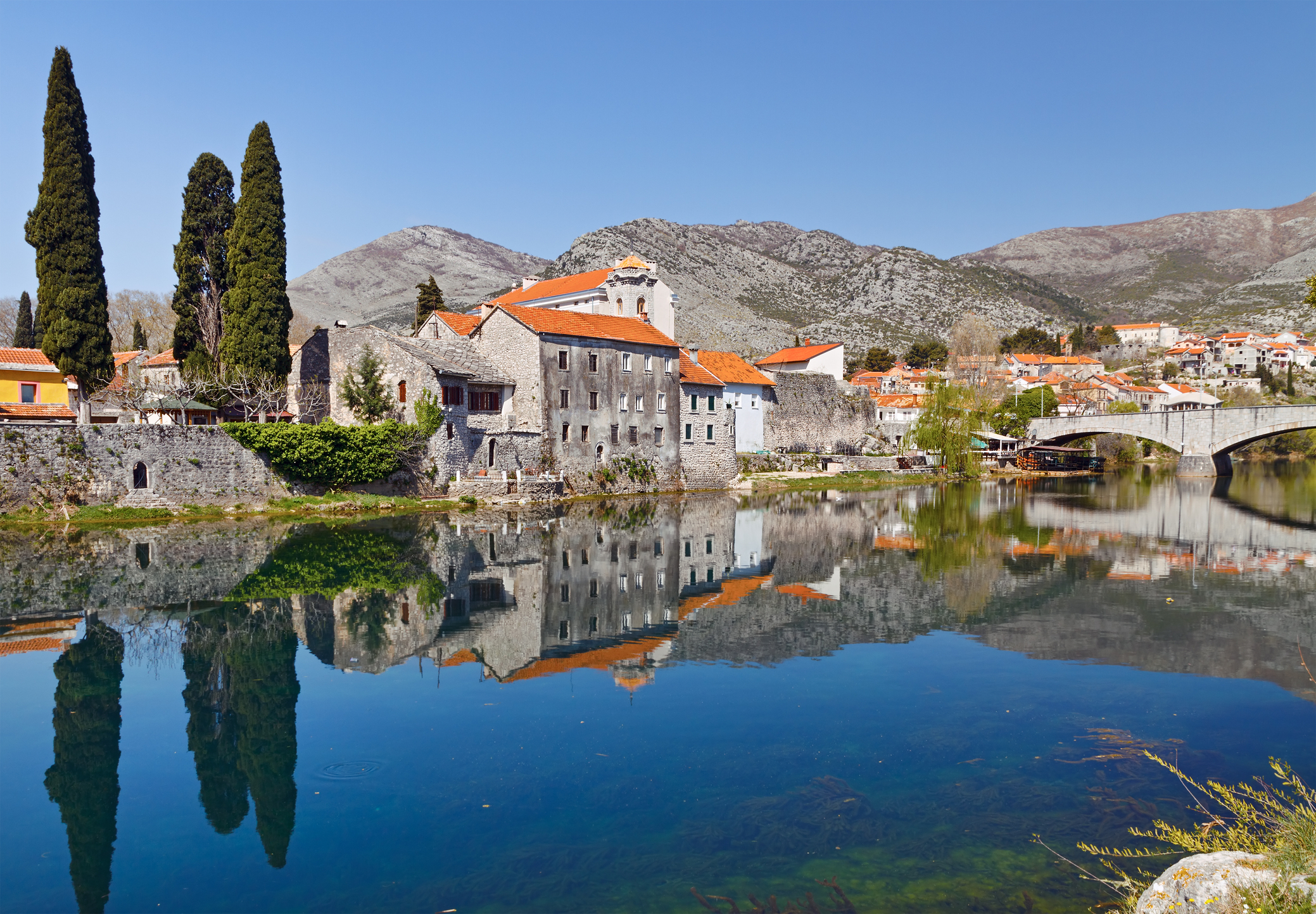 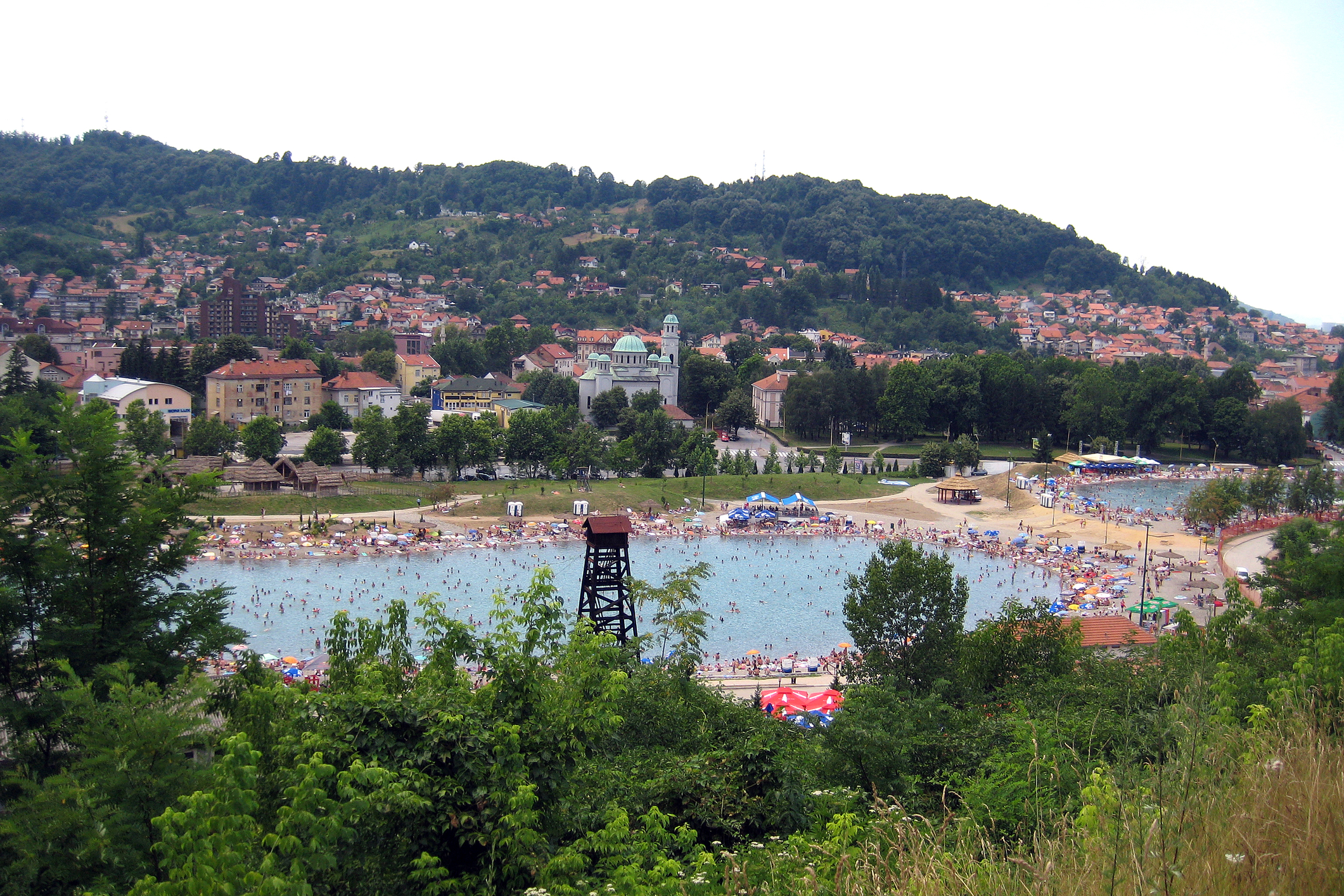 Top Places to Visit in Bosnia And Herzegovina

This is a tunnel that runs straight through the city of Sarajevo, underneath the city’s main airport
Tuneli 1, 71124 Dobrinja, Bosnia and Herzegovina +38733684032
2 Views

The rocky mountains of Bosnia are fantastic, but nothing compared to this. Not just for hiking and
Bosnia and Herzegovina
3 Views

Wander through all the cobblestone streets, down narrow alleyways and past busy bazars full of
Mostar, Herzegovina-Neretva, Bosnia and Herzegovina +38761209388
2 Views

This park has a wide plateau that connects the Cvrsnica and Vran peaks on the south-western edge of
Herzegovina-Neretva, Bosnia and Herzegovina +38763493111
2 Views

This is a true photogenic wonder of Bosnia’s backcountry that cascades in countless streams over the
Studenci, West Herzegovina, Bosnia and Herzegovina +38739832340
3 Views

Step back in time and visit the Ottoman-era fortress village of Počitelj which includes a beautiful
Počitelj, 88300 Čapljina, Bosnia and Herzegovina +387 36 355 090 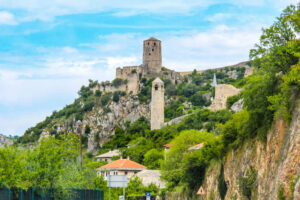 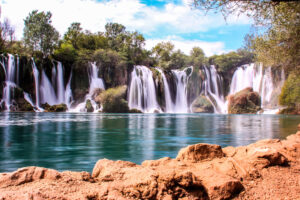 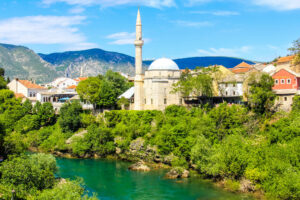 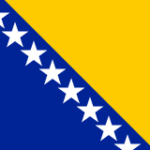