The land of tulips, wooden shoes, beer, and windmills. The Netherlands is one of the most populous countries in Europe, you can enjoy nature, and landscapes and learn a lot of history and especially, about art. The Kingdom of Netherlands is located on the coast of the North Sea, bordering Germany and Belgium. Almost one-half of this country is below 1-meter altitude and a quarter of its territory is under sea level. The capital of the Netherlands is Amsterdam.

Here, the winters are harsh with a likelihood of snowfall, but the summers are cool. Any month of the year has a chance of rain. The official tongue is Dutch but other languages spoken are German, French, and English. English is generally spoken by everyone so don’t worry.

We hope this Netherlands travel guide can help you plan your trip, learn about the must-see places in the Netherlands, give you travel tips and ensure you make the most out of your trip to the Netherlands.

Amsterdam – Amsterdam, the capital of the Netherlands, is famous for its canals, colorful facades, world-class museums and bicycles. From Van Gough to Pomme Frites the streets are steeped in history and culture. Make sure to take advantage of the 250 miles of bike pathways and lose yourself in the magnificent array of art galleries and museums. Be sure to check out our Amsterdam Travel Guide for all the details.

The Hague –One of the most extraordinary places to visit in the Netherlands is unquestionably The Hague, which is best renowned for its collections of contemporary art at the Gemeentemuseum Den Haag and the Royal Picture Gallery Mauritshuis. It is also right on the North sea making it a great destination in the warmer months.

Utrecht – The inner canal wharf system, which was built to prevent portions of the Rhine River from entering the city center, is the city’s most distinctive feature and reflects the city’s deep Middle Ages past. Utrecht is also the host of some epic EDM festivals, such as A State of Trance with Armin Van Buuren.

Leiden – The charming city of Leiden is a wonderful destination because of its beautiful, tree-lined canals that are distinguished by historic windmills, wooden bridges, and lush parks. A trip on a boat down one of these beautiful canals is an experience you won’t soon forget.

When to Visit Netherlands

The best time for traveling to this country is definitely during the spring and summer when all the beautiful gardens and parks in this country come alive, so you can enjoy the world-famous Dutch landscapes and flower markets. In the summer destinations like Amsterdam can get extremely busy and the attractions will be packed with tourists. The off-season is a good time to visit because the prices of hotels are a lot cheaper.

Although it can reach much hotter than that in the months of July and August, the average daily summer temperature is roughly 19°C (67°F).
In the winter, the typical daily temperature is 2°C (35°F).

How to Reach The Netherlands

There are various ways to get to the Netherlands. Most international flights will land at Schiphol Airport in Amsterdam. This airport is one of the most important ones in Europe after London, Paris and Frankfurt Airports. The other significant airports in the Netherlands are Eindhoven Airport, Maastricht/ Aachen Airport, and Rotterdam- The Hague Airport.

Traveling here by train is also another way to do it if you are coming from another European city to Amsterdam or Rotterdam.

If you choose to come to Netherlands by bus, you can take a Eurolines bus from every European capital. However, these jounies aren’t the fastest.

A fun way to travel and explore Europe is traveling by car. The roads to and in Netherlands are great, so turn on your GPS, grab a rental car and start exploring.

Getting around the Netherlands: Transportation Tips

Travel by train in the Netherlands
Train travel is the most convenient method to explore the Netherlands. The system, which is among the best in Europe, is mostly run by Nederlandse Spoorwegen, though not entirely (NS; Dutch Railways;). NS trains run quickly, are frequently available, are generally modern, and are always on time.

Renting a car in the Netherlands
The majority of the time, driving around the Netherlands is pleasant, simple, and quick. Although traffic jams and delays are not uncommon, the country has a generally good road network, with most large towns connected by some type of highway or dual roadway.

Getting around by bus in the Netherlands
Buses, which are operated by a mixture of local businesses but are still incredibly efficient and reach every rural area, supplement the train network. The entire nation is separated into zones for public transportation, making ticketing simple. You may either use your OV-chipkaart or hand over cash to the driver.

Travel by Air in the Netherlands
Holland is so small that flying between cities is actually only necessary if you’re on a time crunch (even then you might get there quicker by car or train). However, if you must fly, KLM Cityhopper and KLM exel can get you sorted.

1. Explore the traditional Netherlands Visit some traditional windmills, buy or try on klompen (wooden shoes) and check out the tulips.

2. Don’t miss visiting the museums and art galleries The Netherlands is a country with an impressive number of famous artists, especially painters (Dutch Masters). Visit the museum quarter in Amsterdam, the Van Gogh museum, etc.

3. Ride a bicycle This is the country of bikes. The resident of Dutch cities are riding them every day on their way to work, gym, and to see friends. So, try to blend with the locals and ride your bike in some of the gorgeous parks and streets.

4. Bring a Raincoat or Umbrella Here, the weather can change quickly. Having a raincoat or umbrella on hand is a crucial travel suggestion for the Netherlands.

5. Hit the Festivals There is a large number of festivals and events in the Netherlands, like Dancevalley, A State of Trance, Lowlands, Pinkpop, and Sensations. Also, you can visit some of the free festivals like Carnival, Queens/ Kings day.

7. Try Dutch cheese This country doesn’t have world-famous cuisine but it had amazing sorts of cheese like Gouda and Edam.

8. Try the Dutch beer Drinking some of the world’s most famous beers is a must when you come here. Some of them are Heineken, Bavaria, and Amstel.

Price Range for Hotels
The accommodation in this country is not that cheap. The price for cheap hotels varies from 60-150€, at the middle range hotel from 80-200€, and in the luxury hotels, prices are between 160-600€ per night. If you want to save some money, book your room at a youth hostel (around 20-25€ per night), a bed & breakfast hotel, or rent an apartment with some friends on Airbnb.

Cost of Meal
There are so many restaurants, especially in cities like Amsterdam and Rotterdam. The typical cost for a casual meal could be 20-30€. A large part of the Dutch population are vegetarians so here you can find numerous vegetarian restaurants. Locals have their lunch between noon and 2 p.m., and dinner between 5 and 8 p.m. Lot of restaurants will close at 10 p.m. but there are a lot of night restaurants and pubs.

Popular Destinations in the Netherlands 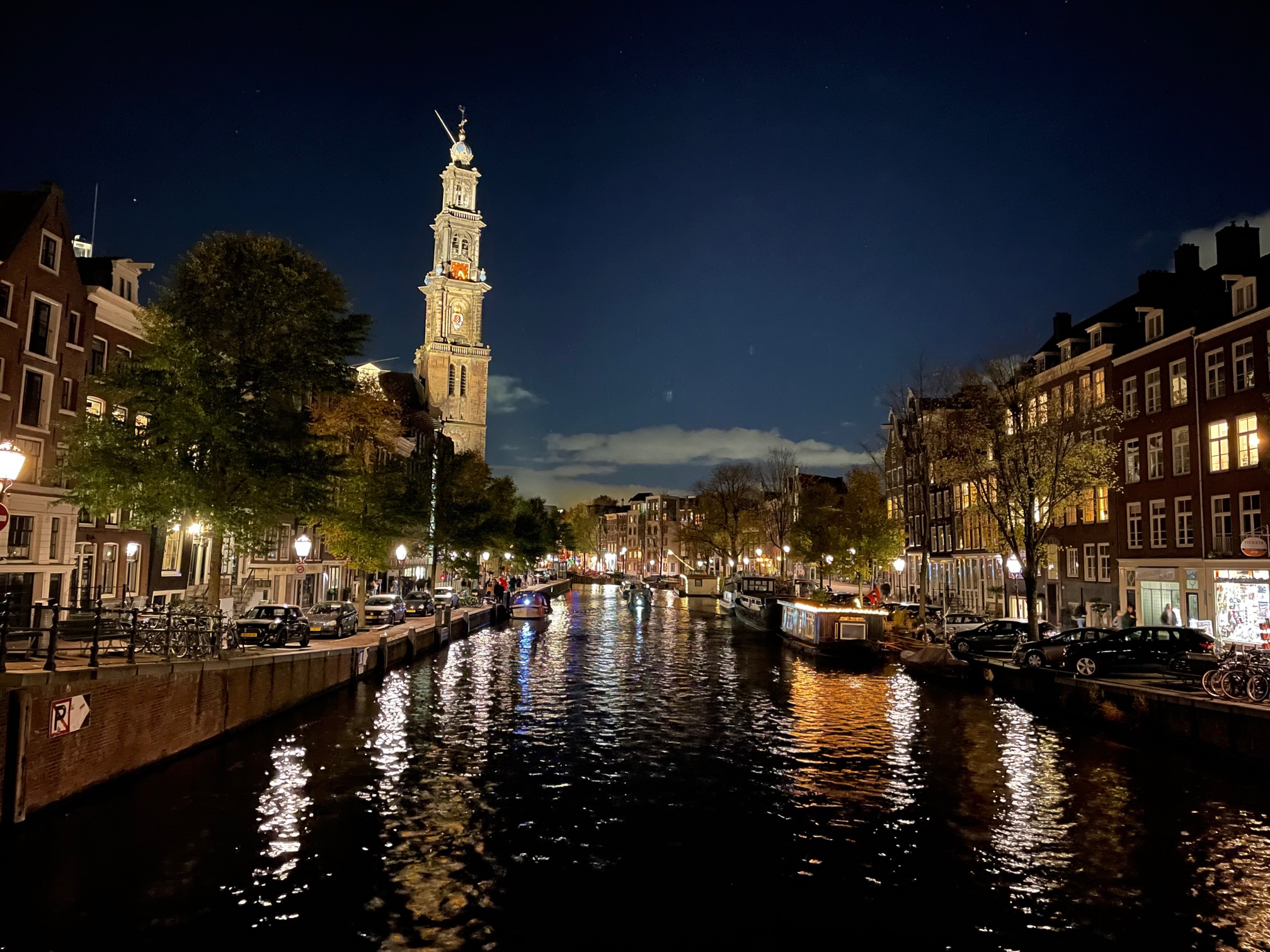 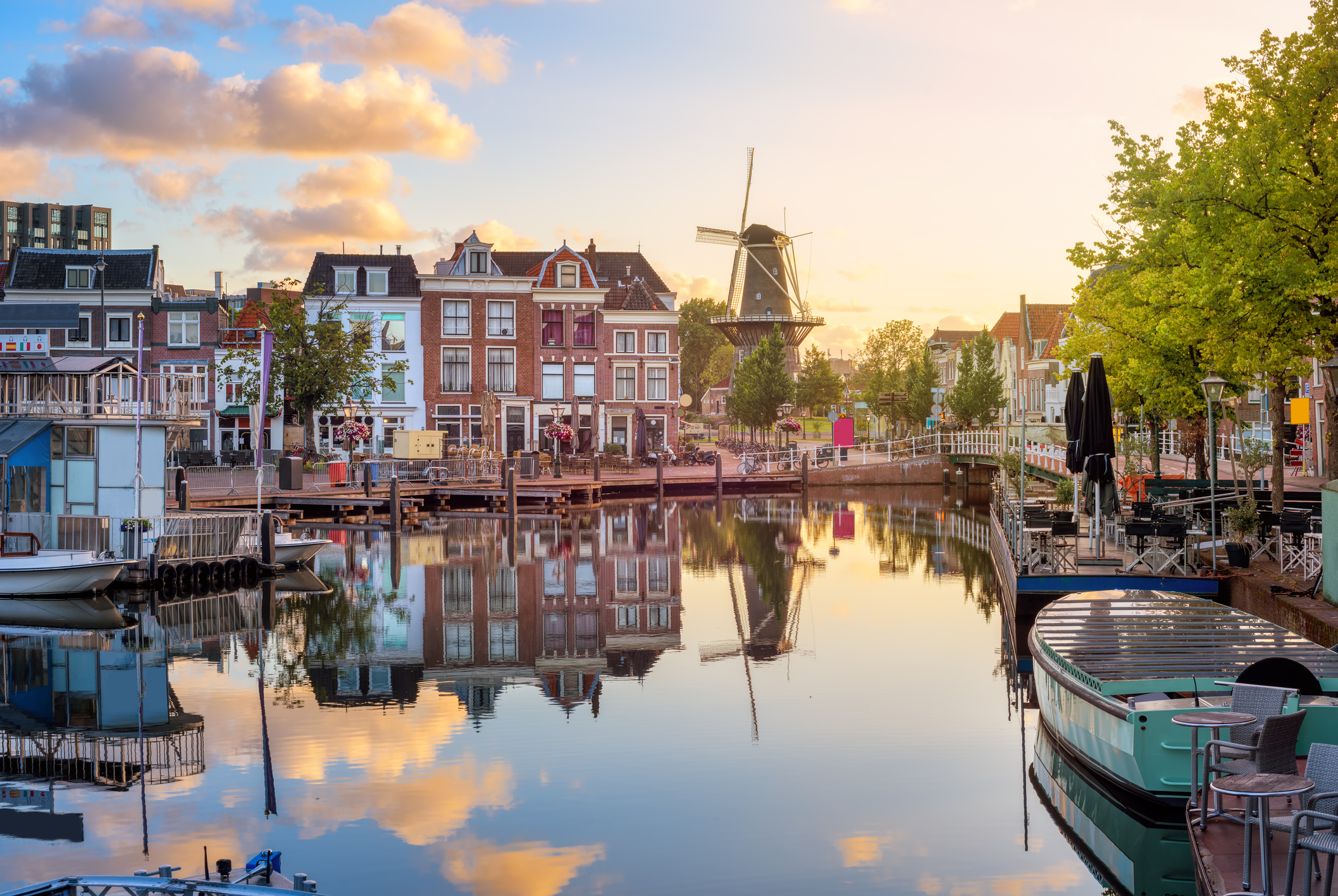 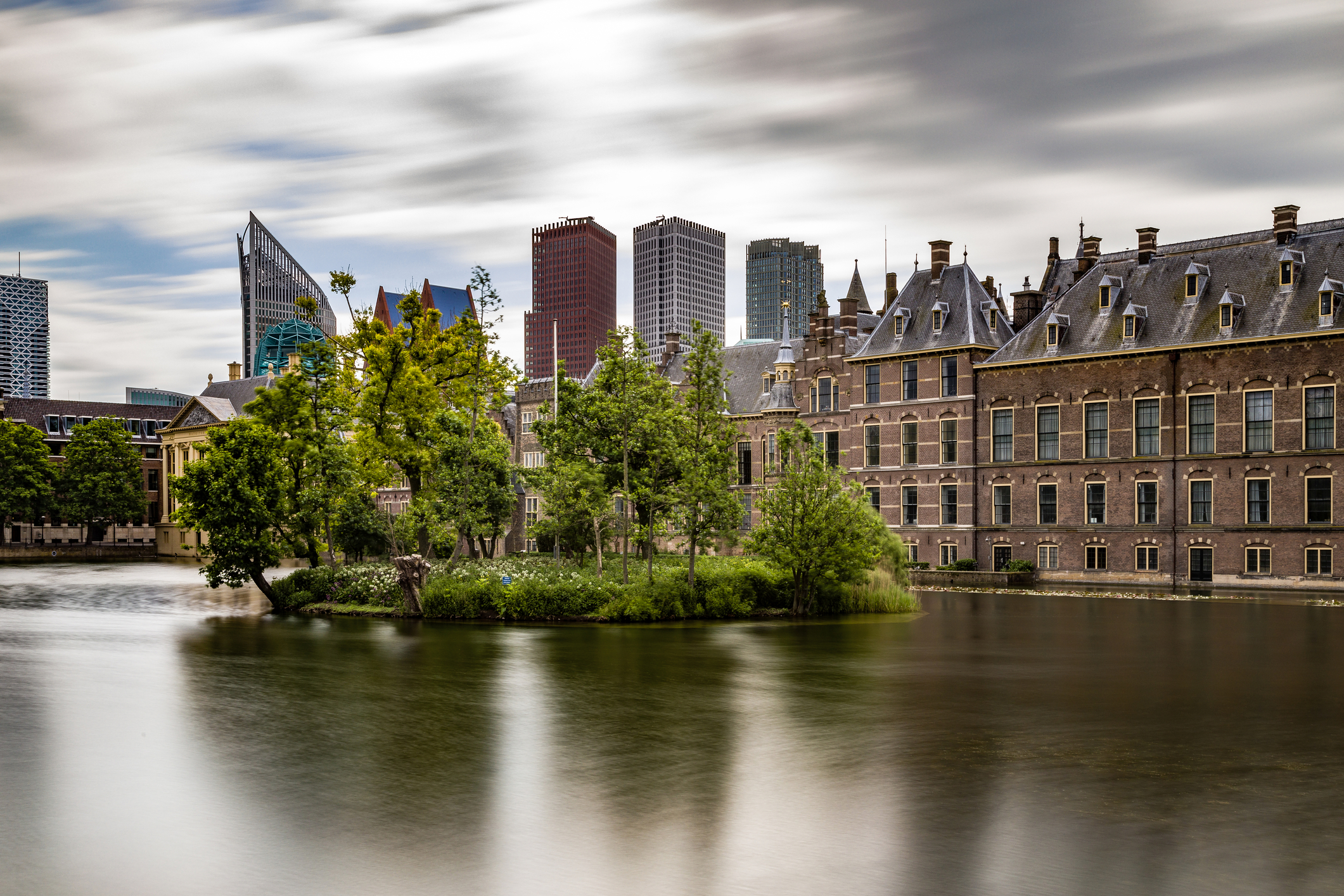 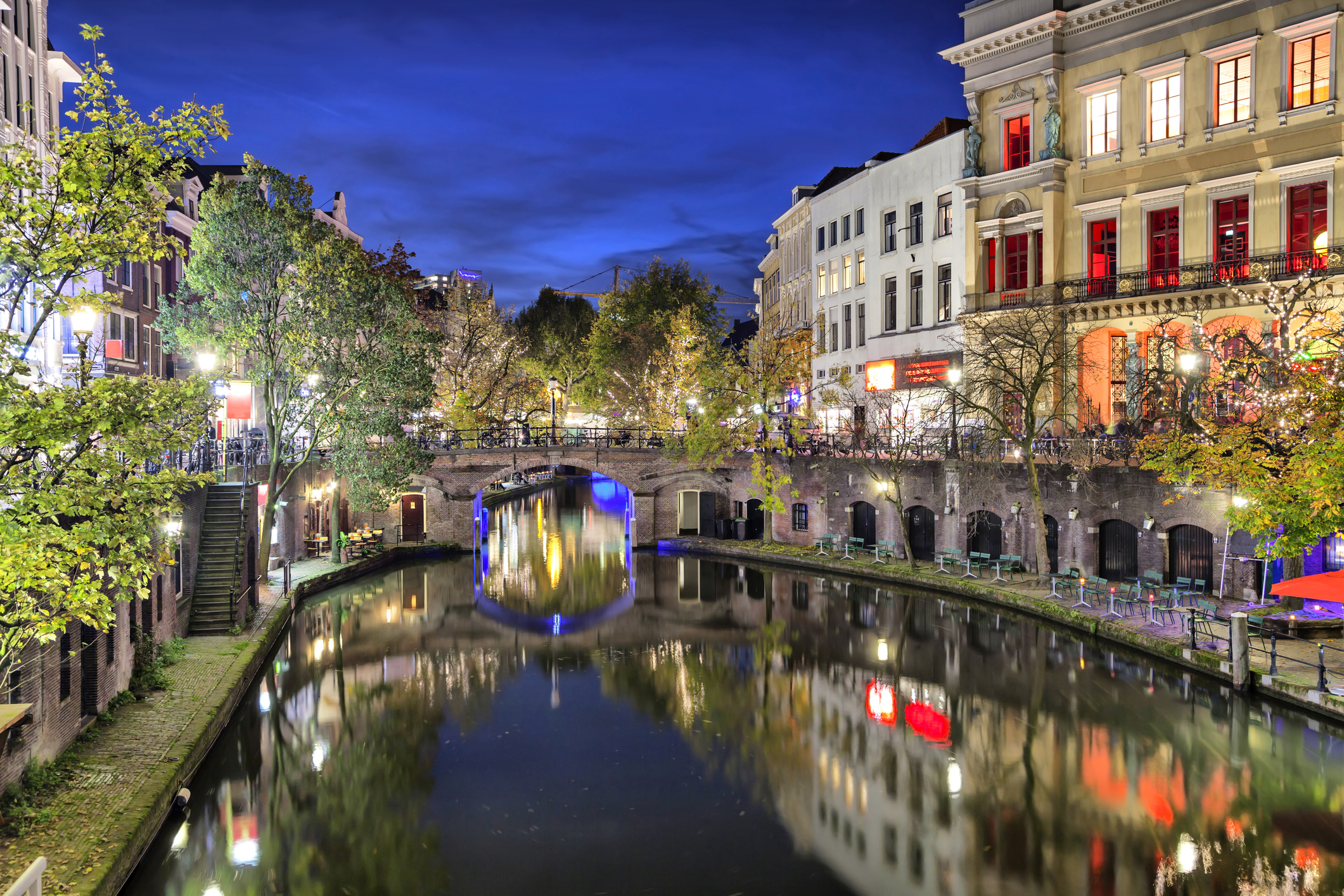 Top Places to Visit in the Netherlands

The Rijksmuseum, the Dutch National Museum in Amsterdam, is home to an incredible collection of
Museumstraat 1, 1071 XX Amsterdam, Netherlands +31206747000

Take a free walking tour of this interesting area. There are bars all around, red light shows and
Zeedijk, 1012 BA Amsterdam, Netherlands

The Old Harbor in Rotterdam is known as Oude Haven, and it is the oldest harbor in the Netherlands,
3011 WB, Rotterdam, South Holland, Netherlands

Cruise the canals! We did a night cruise full for boozing and eating snacks and it was great. The
Stadhouderskade 550, 1072 AE Amsterdam, Netherlands +31206791370
3 Views

The Hall of Knights, also known as Ridderzaal in Dutch, is a court complex from the Middle Ages that
2513 AA, Den Haag, South Holland, Netherlands

An art museum in Amsterdam in the Netherlands dedicated to the works of Vincent van Gogh. Get up
Museumplein, Amsterdam, North Holland, Netherlands +31205705200

Wonder Around The Garden Of Europe

As far as the eye can see, Keukenhof, commonly referred to as the Garden of Europe, is a frenzy of
Stationsweg 166a, 2161 AM Lisse, Netherlands
6 Views

Zaanse Schans, which is about 15 kilometers north of Amsterdam, is intended to be an outdoor museum
Zaanse Schans, Schansend 7, Zaandam, North Holland 1509 BT, Netherlands

Here you will find an interactive tour of Heineken’s history through a former distillery and tasting
Stadhouderskade 78, 1072 AE Amsterdam, Netherlands +31207215300

Popular Restaurants in the Netherlands 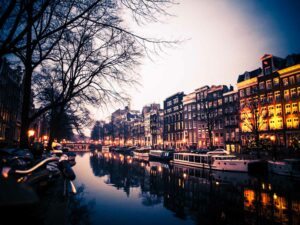 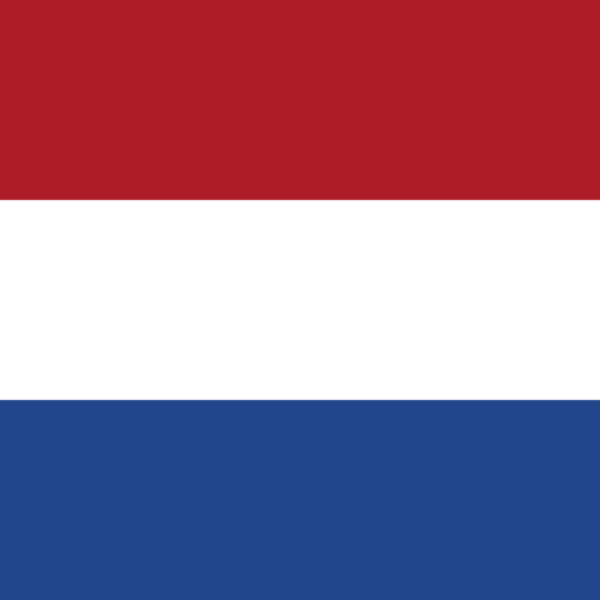 This Amsterdam travel guide has top things to see, travel tips, activities, where to stay, how to get around, and inspiration for Amsterdam.
Amsterdam, North Holland, Netherlands