The United States of America is the 3rd largest country in the world. In fact it’s such a large city it’s hard to see in one trip unless you have loads of time. Most people visit a few cities and then return home. The United States is pretty diverse geographically and there is plenty of unique things to see. The United States is also the home to some pretty incredible National Parks. Throughout this United States Travel Guide you will find highlights within the country. Be sure to check out the individual city guides as well!

You can travel the United States year round with relatively no issues. During the winter, the mountain and northern areas could have extreme weather which could cause road closures or flight cancellations. Check out the weather before you plan winter travel. In the summer, states near the Gulf of Mexico can have some hurricanes.

Popular Cities in the United States

New York City (New York) – The city that never sleeps! Whether you have 5 days or 15 days, in New York you will not get bored for a second! Taste the pizza, check out Times Square or the Statue of Liberty or take in a show. Immerse yourself in all that New York city has to offer.

Chicago (Illinois) – Skyscraper, architecture and giant pizza. What else can a city be asked for? Chicago is amazing, and if you want to avoid cold weather, make sure you visit in the spring or summer. It’s cold in the winter!

New Orleans (Louisiana) – From the balconies and the bustle of the French Quarter to the cemeteries full of legends, the cradle of jazz is another city that we love to visit. Don’t forget to try some delicious Cajun food like Gumbo or Crawfish!

San Francisco (California) – Whether it’s Alcatraz, Fisherman’s Wharf or the Golden Gate Bridge, San Francisco has a lot to offer! It is wonderfully diverse and definitely a city worth visiting.

Los Angeles (California) – L.A. is a place you need to experience at least once. From Hollywood, to the beaches to the luxurious neighborhoods of mansions, there is plenty to see and do in L.A.

Nashville (Tennessee) – What we love about Nashville is the combination of music and street life: country bars, BBQ restaurants and terraces with live bands. It’s a great city for a weekend getaway!

Memphis (Tennessee) – Memphis is the home of Elvis and rock ‘n’ roll. Be sure to check out the National Civil Rights museum and delicious BBQ.

Washington D.C. – This city is a great walking city with tons of museums to see. You can also visit places like the Washington Monument and the White House.

Boston (Massachusetts) – Like Washington and Philadelphia, Boston is one of the most important historical cities in the country. Don’t forget to try some chowder!

Miami (Florida) – Kick it on the beach and party on South Beach. Plus enjoy Cuban cuisine and culture in Little Havana. If you love clubs and music, you’ll love the nightlife Miami has to offer!

Philadelphia (Pennsylvania) – This city is perfect to explore on foot and discover the history of the United States.

Las Vegas (Nevada) – Las Vegas is a neon craze of casinos, clubs and heart-pounding nightlife. Make sure you enjoy the sights and sounds of this city for a couple of days. It’s a fun and unique experience.

Charleston (South Carolina) – Another jewel of the south in the United States, Charleston has a lot of history, beautiful architecture and good comfort food.

Austin (Texas) – Austin is one of the most unique cities in Texas. 6th street and the downtown area is full of life and Austin is home to some of the best BBQ in the state.

Portland (Oregon) – Portland is another unique city to visit. It’s a foodie and craft beer lover’s heaven. For nature lovers step outside of the city and enjoy beautiful waterfalls and mountains.

Route 66 (about 2 weeks) – Route 66 is the ultimate road trip route. Starting in Chicago and ending in Santa Monica you will see everything from quirky roadside attractions, vintage diners and natural wonders. It is truly the great American road trip.

Route along the West Coast – California, Nevada, Utah and Arizona (15 days or more). An emblematic and unforgettable road trip is the route along the West Coast and through the natural parks in the western side of the country. Start in San Francisco and finish in Los Angeles. On the way, enjoy amazing places such as Yosemite, Death Valley, Las Vegas , Antelope Canyon, Monument Valley, the Grand Canyon and a stretch of Route 66.

Route through Big Sur – California (2 days). A road trip along the most spectacular coastal road in the country, the Pacific Coast Highway. You can include it in the route by the West Coast or dedicate a couple of days if you are going to visit San Francisco or Silicon Valley.

Route 61 – Tennessee, Mississippi, Louisiana (5 – 7 days). The blues highway runs between the forgotten towns and cotton fields along the delta of the Mississippi River. Start in Memphis and finish the route in New Orleans. Along the way you can visit several of the southern plantations, great southern restaurants, and more.

Route through New England and Cape Cod (3 days or more). Travel the coast of the states of Connecticut, Rhode Island and Massachusetts stopping in small towns and lighthouses (Mystic, Newport, Chatham).

Route through Maine (3 days or more). The state of Maine is perfect for combining wild nature with lighthouses and seaside villages. Travel the coast from Portland to Camden (a distance of just 2 hours but to which we dedicated several days), exploring each peninsula and lighthouse. If you have more time, go to the beautiful Acadia National Park.

Traveling within the United States

What is the best method of transportation to travel in the United States? With a few exceptions, a car is the best way. Most urban areas are designed for driving. The United States is not known for its mass transportation system. There are some exceptions however. New York, Boston, Washington DC, Philadelphia and Chicago, are cities that are easy to visit on foot and by public transportation. All these cities have good metro systems. If you move between large cities, you can do it by bus, train or plane and, once there, use taxis or ride share apps. But, if you plan to visit natural parks and regions without large urban centers, the car will be essential.

Rent a car to travel through the United States

The rental companies all have locations at every major airport. We usually rent with companies like Avis, Enterprise or Alamo and choose the best deal at the time. Tip: If you rent a car in one state and return it in another there is typically an extra charge.

Traveling by bus through the United States

The bus is the slowest way to get around the United States, but, in many ways it can also be the cheapest. If you do not mind spending hours and hours in a bus like Megabus and Greyhound you can find bargain fares for as cheap as $1! Tip: choose a company that allows you to select the seats when buying the ticket.

Traveling by train in the United States

The train is a mode of transport so common in many other countries however it’s not as common in the United States and can be rather expensive. Try your luck on the Amtrak website though, which is the main rail company in the United States. When you get into the cities sometimes they operate their own train system as well. Just check the city you are traveling to and see.

Flying is the quickest way but compared to fares in Europe and parts of Asia some may find it a bit expensive to fly within the United States. There are some budget airlines such as Spirit airlines. A typical round trip can cost anywhere from $200 to $400 depending on where you are going.

Check out Skyscanner to find the best deals on flights. Flying on off days like Tuesdays or Wednesdays sometimes helps too.

Don’t get in peoples personal space – Americans are very particular about their personal space. So keep a comfortable distance away.

Do be sure to tip – In many countries the wait staff makes a living wage. That is not the case in the United States and 15-20% is expected.

Don’t talk about politics – Politics are a bit heated in the United States and it’s best to stay clear of that kind of talk.

Do enjoy some of the beautiful National Parks –The United States has a unique variety of landscapes and visiting the National Parks is the best way to see them.

Typical Costs in the United States

A select amount of cities will offer hostels which can start at around $20-$25 for a dorm room bed. Typically for a decent hotel you should be prepared to pay at least $100 a night.

This will vary based on where you are. Places in California and New York City seem to be a lot more expensive per meal than say, Texas. You can get away eating fast food for about $7 a meal. For a normal restaurant $15 would be typical. If you are going for fine dining the prices can increase significantly and you could easily spend up to $75 a person.

Popular Destinations in the United States 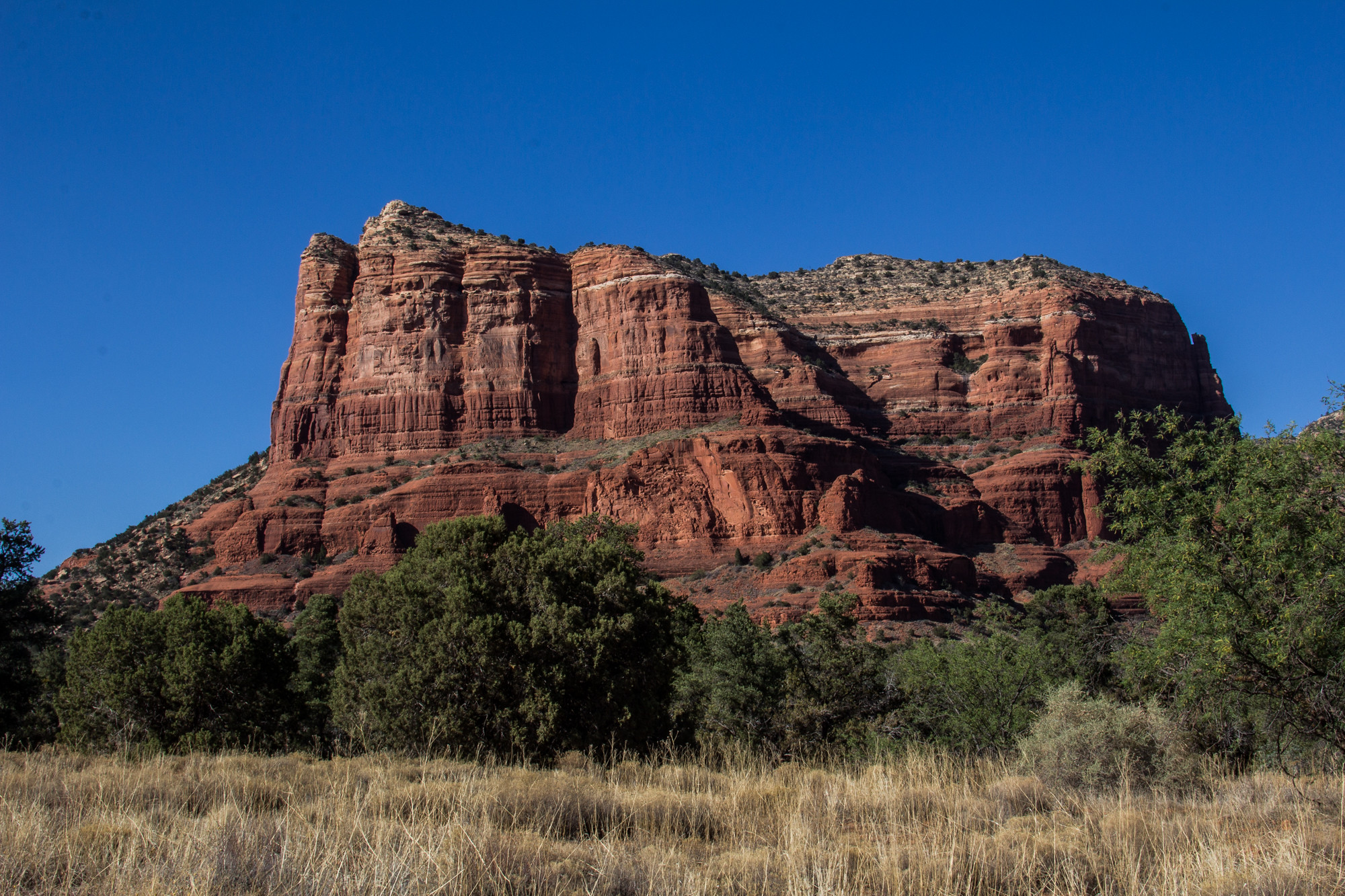 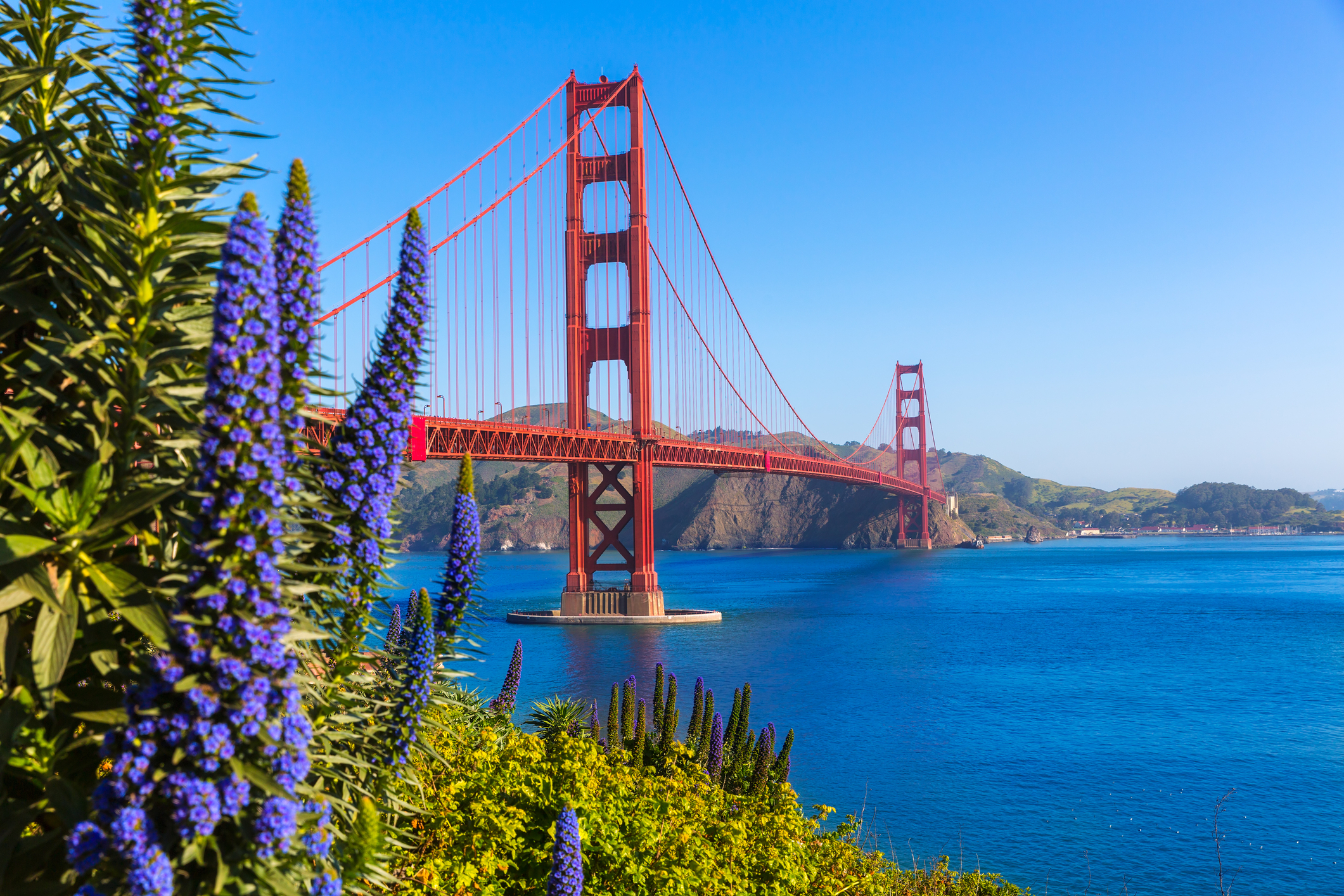 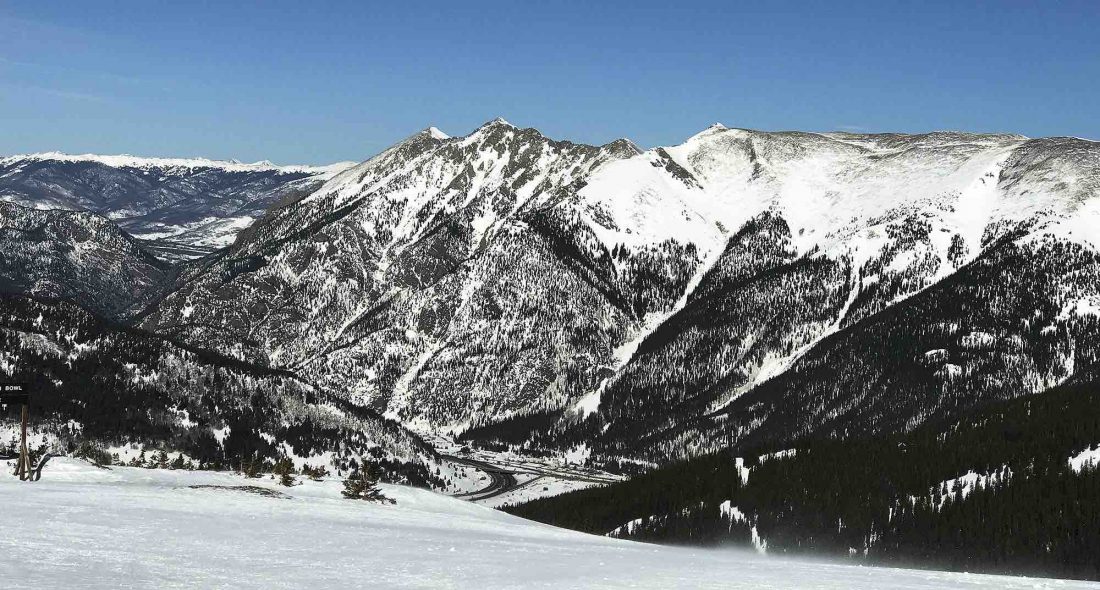 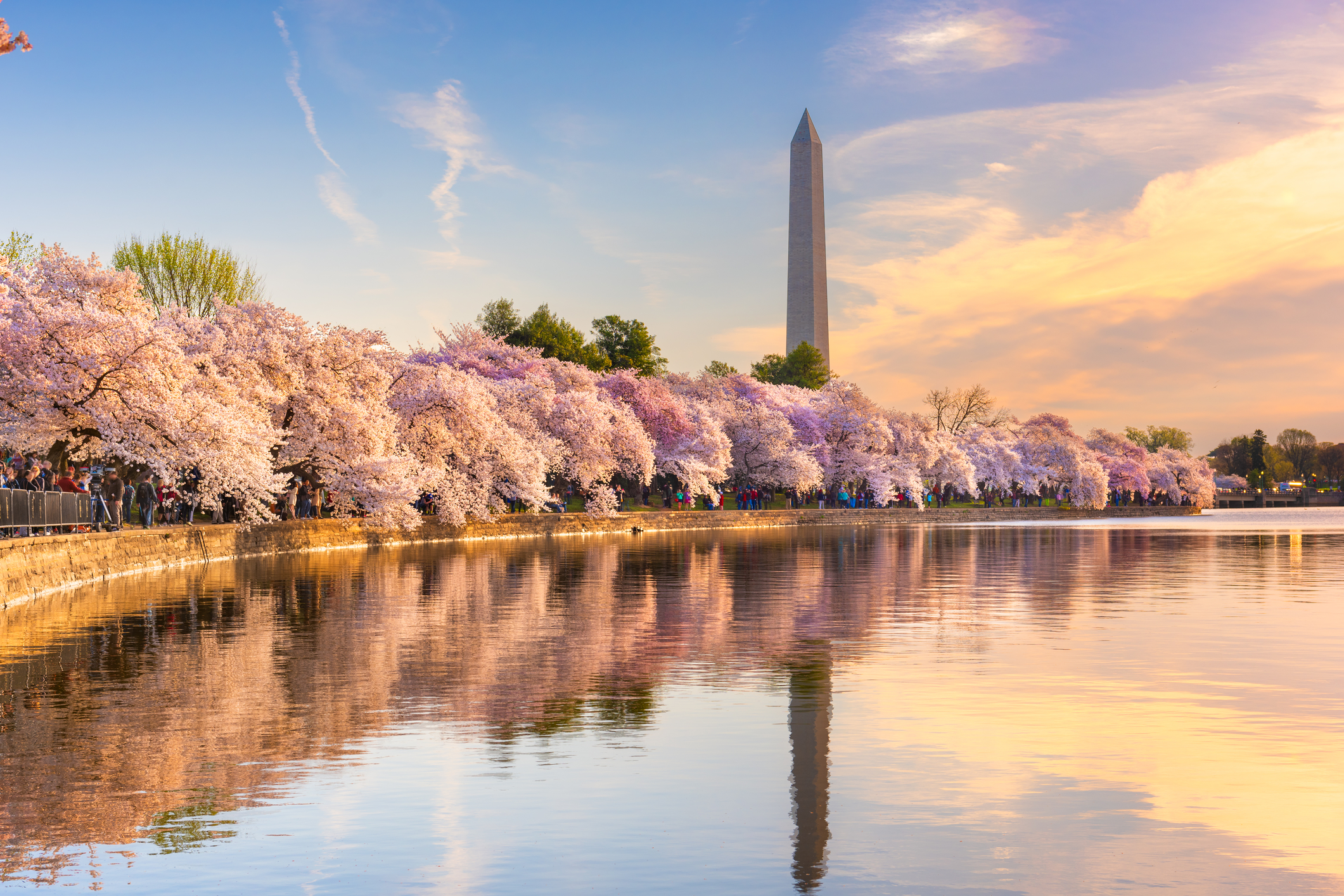 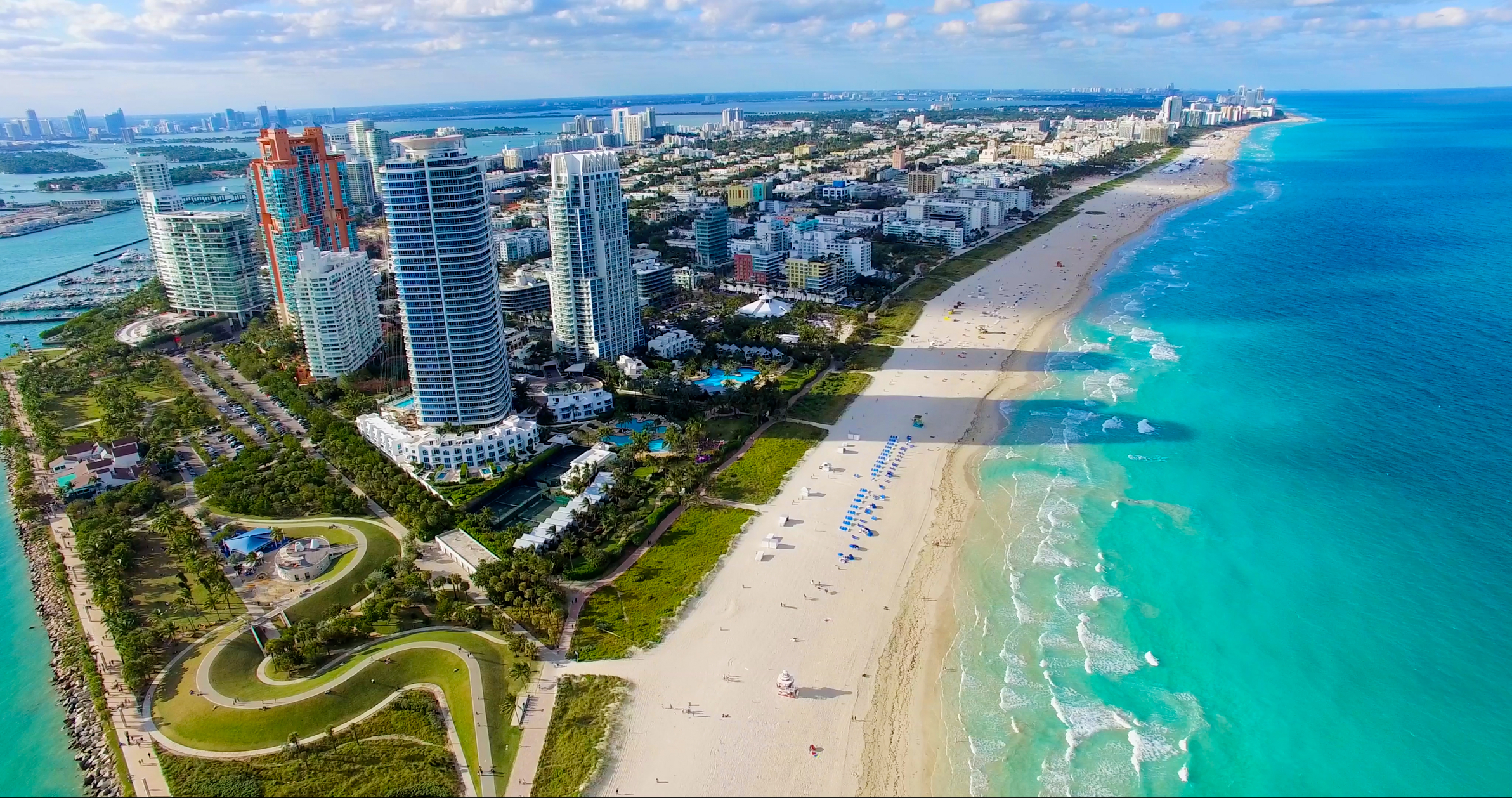 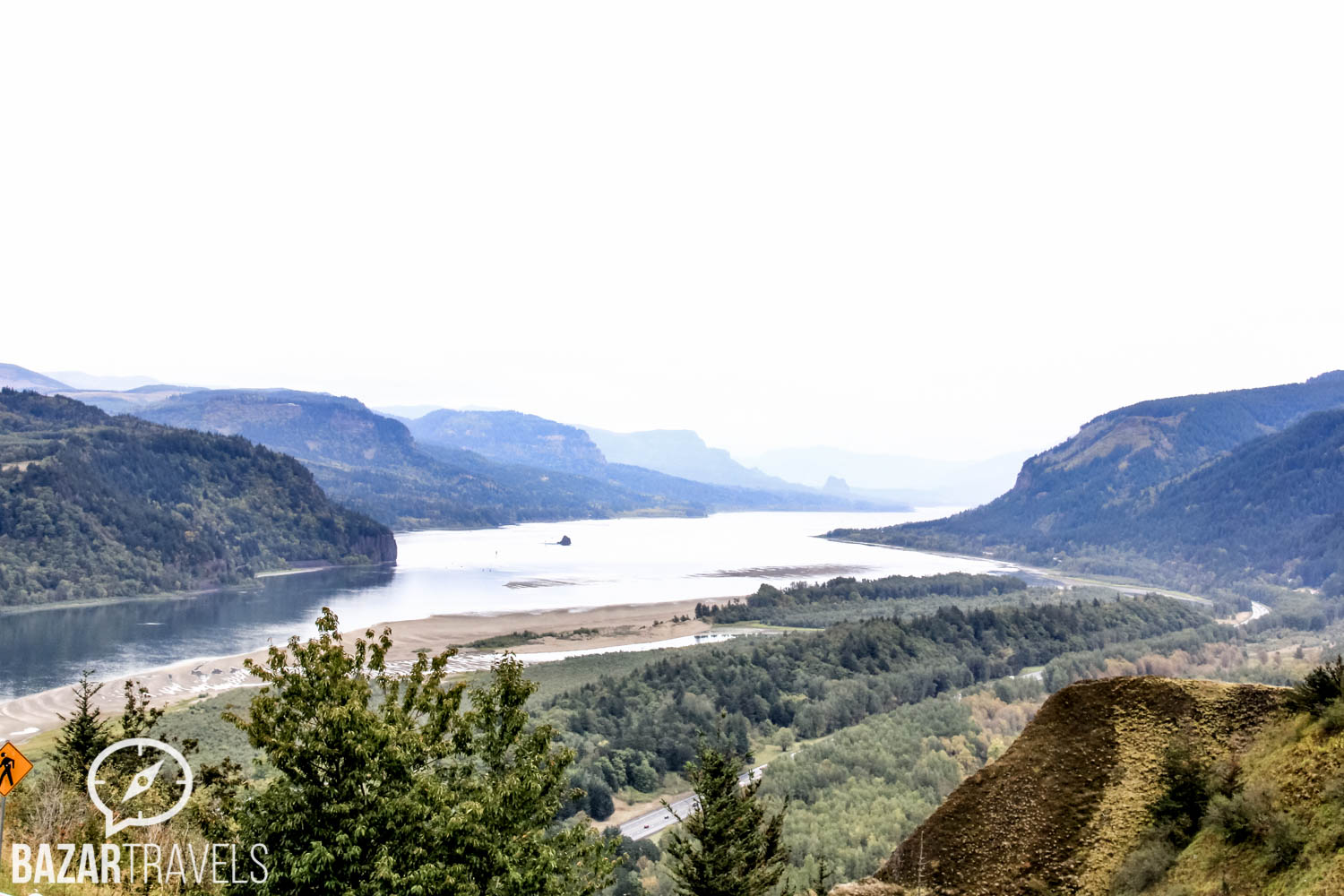 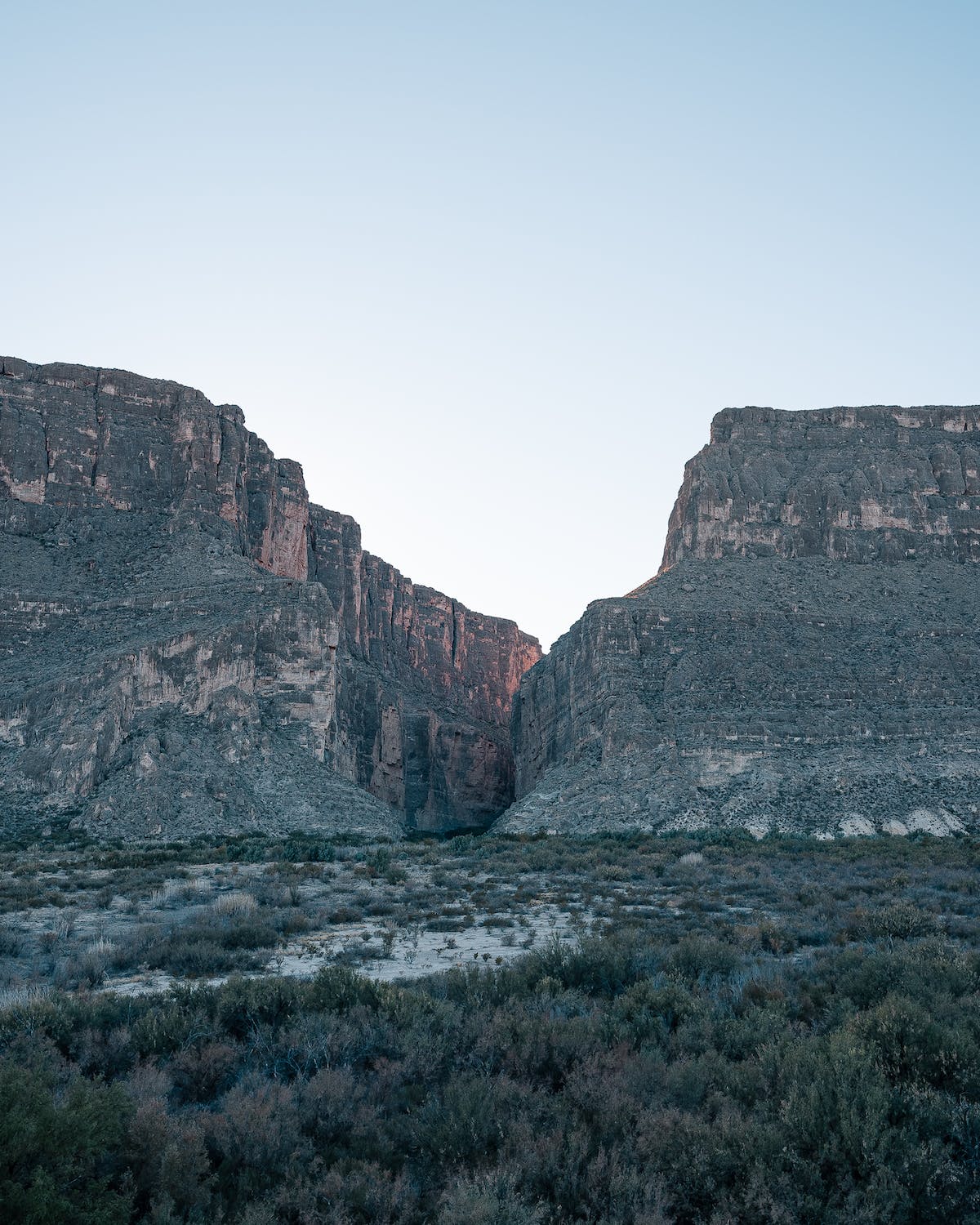 Popular Places to Visit in the United States

Bureau of Engraving and Printing Fort Worth

Popular Restaurants in the United States 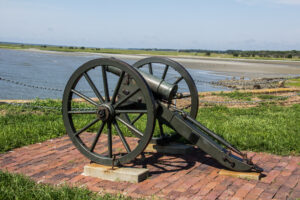 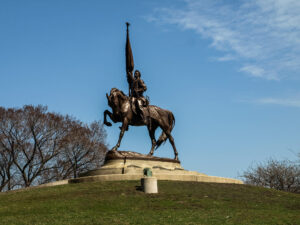 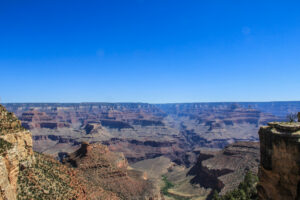 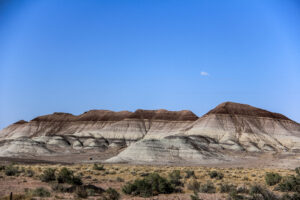 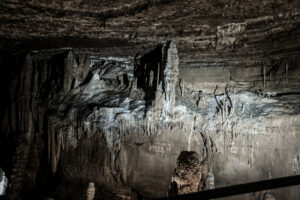 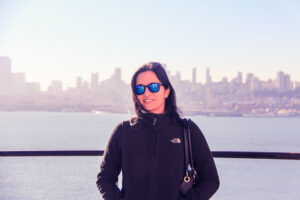 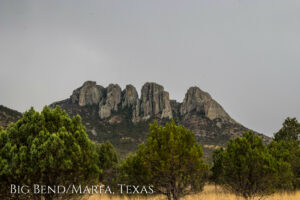 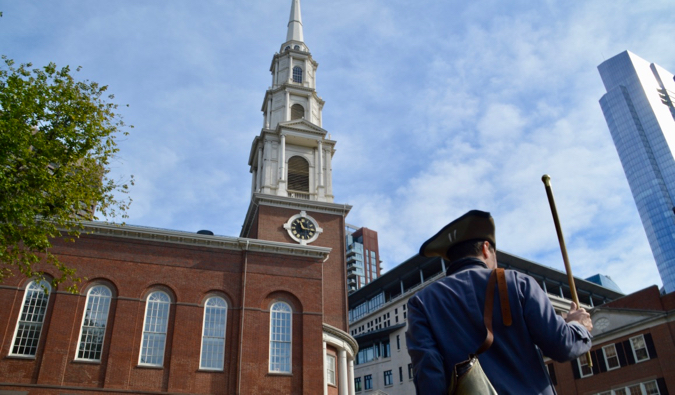 The 14 Best Walking Tours in Boston

There are tons of free things to do in Boston, enough to keep any visitor thoroughly entertained. It’s also a historic city whose success (and 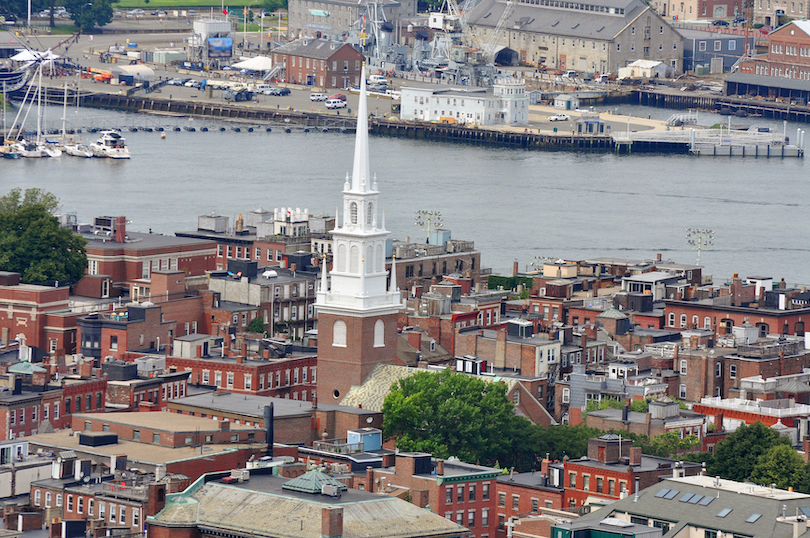 While many tourist attractions in Boston revolve around its fascinating past, the city is equally renowned for its prestigious institutes of higher education and its 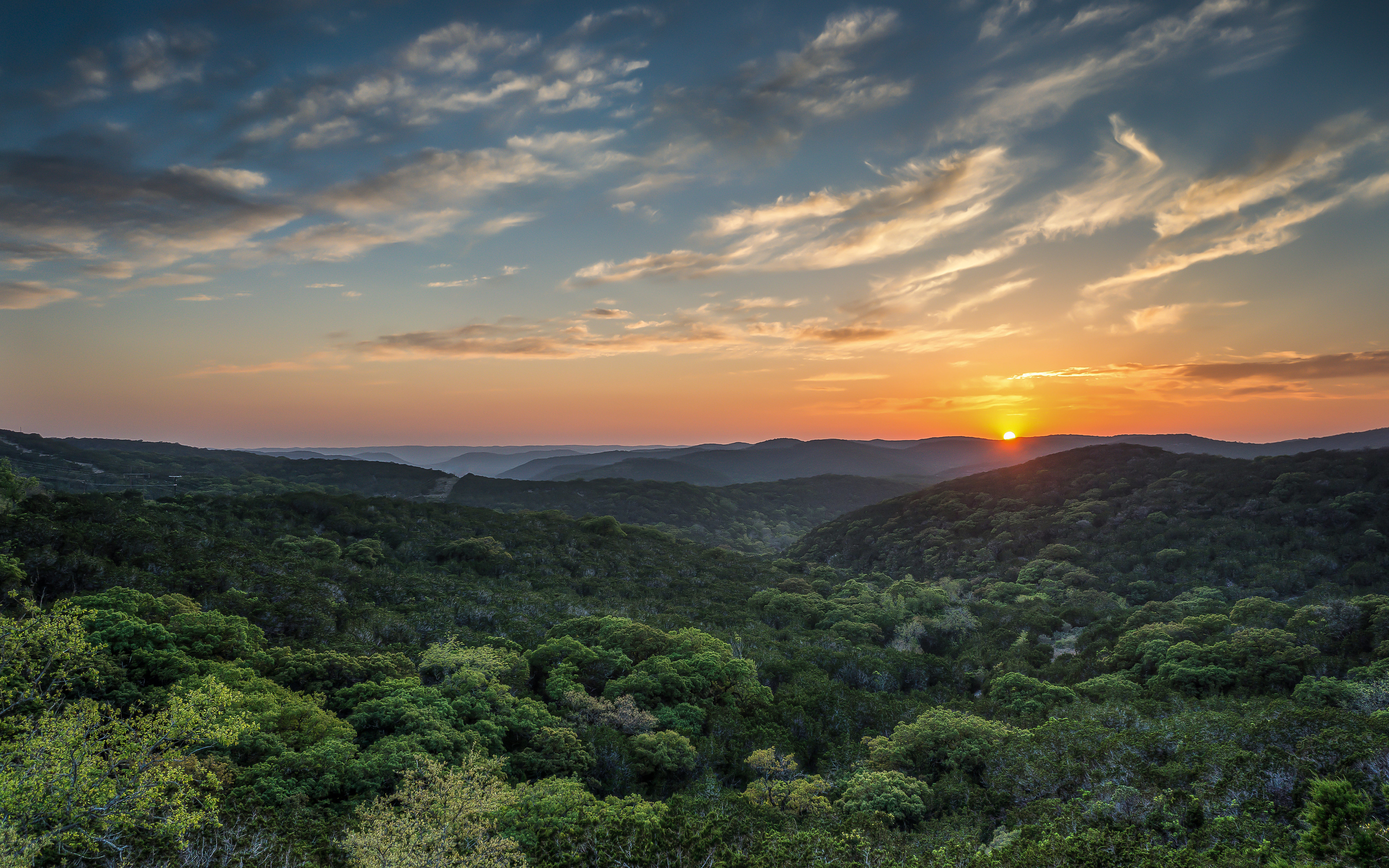 The area known as ‘Texas Hill Country’ stretches west and north west, respectively, from the cities of San Antonio and Austin. The rolling hills are 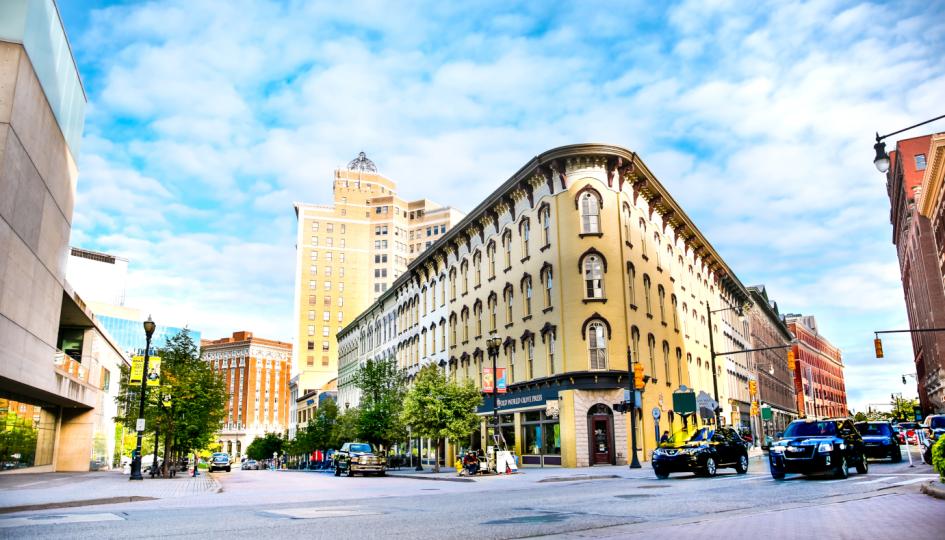 Grand Rapids has a ton of culture, art, breweries and fun things that make it the perfect destination for a quick weekend getaway.

This Memphis travel guide has top things to see, travel tips, activities, where to stay, how to get around, and inspiration for Memphis.
Memphis, Tennessee, United States
17 Views

This Gatlinburg travel guide has top things to see, travel tips, activities, where to stay, how to get around, and inspiration for Gatlinburg.
Gatlinburg, Tennessee, United States
13 Views

This Portland Oregon travel guide has top things to see, travel tips, activities, where to stay, how to get around, and inspiration for Portland Oregon.
Portland, Oregon, United States